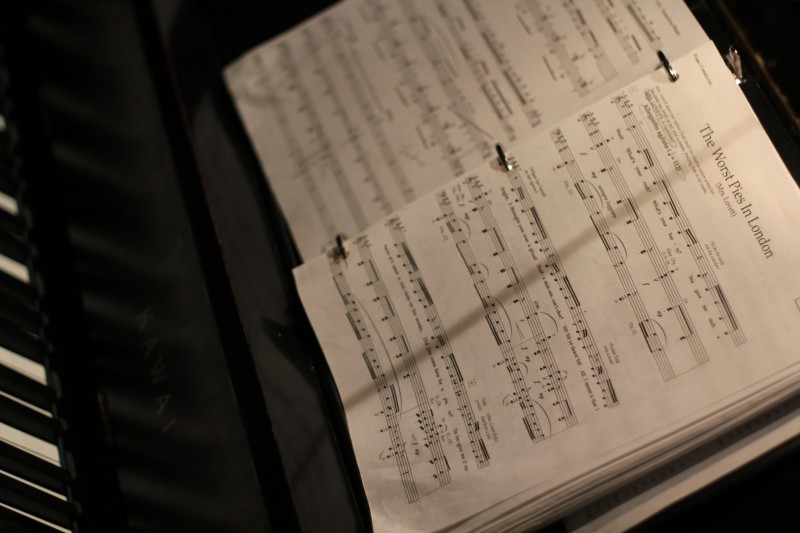 Sweeney Todd’s quest for vengeance leads him to Tyler Junior College and based on its accolades on Broadway, audiences can’t get enough of the Demon Barber.

“People are drawn to that because they can go to a show and watch this maniac do what he does in a safe environment and explore the idea of a sociopath without feeling threatened by it,” said Director Rebecca Faulds Howard, a veteran professor of drama at TJC.

Deep into pre-production, vintage costumes from Victorian London line the racks and mannequins wearing wigs fill the space backstage of the auditorium. Professor Howard’s enthusiasm bleeds through and she says the timing couldn’t be better to introduce “Sweeney Todd” to TJC students and the Tyler community.

“It was the right time. We had the right people in both musical and theater department that could play the roles and we felt like the community was at a point that they would accept it,” said Howard.

Both Howard and Music Director Andrea Trent made a list of what musicals they wanted to bring to TJC this semester. After both ended up with “Sweeney Todd” in their top three, the decision was simple.

Trent, an 11-year musical theater professor, credits the Tyler community as being loyal to the shows TJC has been putting over the years.

“TJC has a long tradition of really good, strong, popular musicals that people from the community and young people and kids would come see,” said Trent.

The music of Steven Sondheim is also a big draw, according to Trent.

Since 1979, people all over the world have been fascinated with the deliciously dark tale of Sweeney Todd. Adapted for Broadway as a musical by Sondheim, the story follows a barber who returns to London after being banished for 15 years. With a straightrazor in hand, he executes his revenge on those who wronged him one poor soul at a time.

Both Trent and Howard want to remind adults this show is not for children, and parents should keep that in mind when deciding to enter the bloody world of the Demon Barber.

“Sweeney Todd” also marks Matthew James Butler’s third time on the TJC stage and first starring role in a musical. The sophomore business major was last seen in the Actor’s Preparatory Exchange Theatre’s production of “Rent,” before that he played the starring role for APEX in “Equus.”With playing such a famous role comes a familiarity with Sweeney that Butler hopes people attending the show bring with them.

Butler also credits acting as his own method for personal growth and anxiously looks forward to tackling this complex character.

“I think acting makes me a better person, personally. I think that’s why I put myself out on stage. It allows me to empathize with different kinds of people … Believe it or not, playing a murderous serial killer barber, still allows me to explore different parts of myself that I would never get the chance to had I not taken this upon myself to do,” said Butler.Dr. David Crawford, TJC professor of drama in charge of theater management, has one simple wish for attendees of “Sweeney Todd”.

“I just want them going away saying, ‘I’m glad I went.’ I’m going to go tell all the people at work they’ve got to come see the show. I just want them to go away happy,” said Dr. Crawford.

“Sweeney Todd: Demon Barber of Fleet Street” opens Feb. 26 and runs through March 1 in Wise Auditorium at TJC. Tickets can be reserved at the box office or at the door for $10 for adults and $5 for students and seniors.