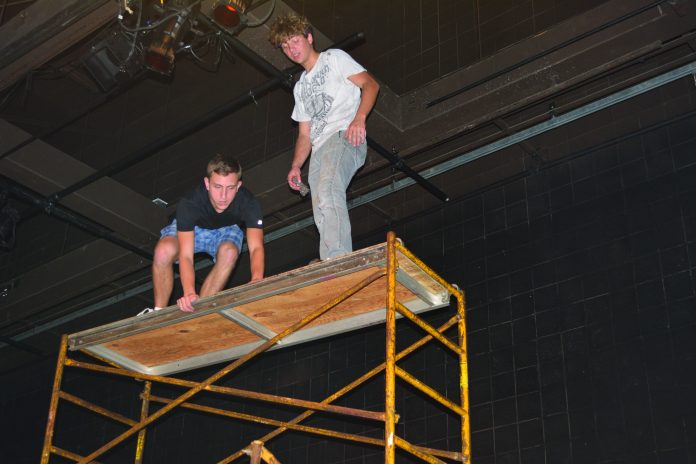 Las Mascaras, founded in 1926 to support the Drama and Speech activities at Tyler Junior College. Las Mascaras is an organization that gathers students who are passionate about arts and theater. “Las Mas,” as the members call it, carries a huge background of history and tradition with the school.

“Las Mas is basically centered around the concept that people who are passionate about the speech and dramatic arts specifically are able to come together and formulate a community, and that community is able to influence the community around them.” said Victoria “Tori” Dickson, current president of Las Mascaras.

This was the first student organization founded at TJC, so they are also celebrating their 90th anniversary this year.

“It’s a lot of history. Luckily they kept track of a lot of the original documents, so I get to see what it was actually like,” said Dickson.

The organization holds the traditions that the previous members implanted, but is always adapting as generations change.

With the purpose of furthering the skills and interests of students in the area of speech and drama, the members of the club are constantly involved with the productions made by TJC’s art department, including plays, shows and events.

This being a year of celebration for both Las Mascaras and TJC, the art department has a lot planned as far as productions go. The students and members of the organization have been helping and participating with the process of building sets and making sure everything is perfect for the plays.

“I like to think of it as the plays are the main thing, Las Mascaras is the glue that’s holding it together.” said Walker Delk, student member of Las Mascaras.

For Homecoming Week, the art department has planned, “The Complete World of Sports (abridged)”. According to Denise W. Green, theater professor and director for the second stage production, they do not use any class time to work backstage for the productions.

“The driving force behind these second stage productions is always the members of Las Mas. who are willing to donate some extra time,” said Green.