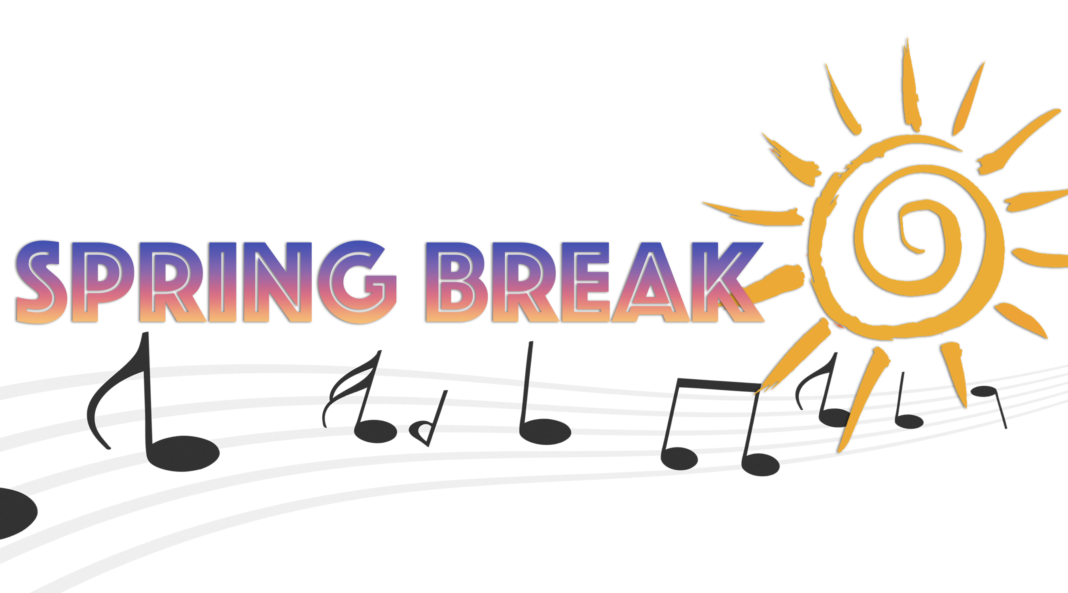 As the weather warms up and a break from school is approaching, The DrumBeat’s staff looked through their own playlists to see what they will be listening to over spring break.

This is a contemporary R&B song dedicated to love and fame. In this song, the aspect of love is transitioned into something they strive for and not the feeling from hate-filled individuals. The song also expresses they believe their psychological problems are tied to fame.

“I Choose You” is a bluegrass song celebrating lasting love. In this song, the man repeatedly states he would choose his love over anything everyday even if it “runs his life away”

Glass Animals’ alternative song has a fun beat to it, but holds a deeper meaning. The song is sung from the point of view of an ex-friend of a convicted attempted shooter. The song is based on a real story of the artist’s life.

Phoebe Bridgers’ indie/alternative song is a heart-wrenching story that tells about caring for someone who hates themselves. The song is in the perspective of a woman who watches her friends go through things like depression, addiction and self-hate alone.

The true vibes of spring break creep in with this Indie/alternative song by Tame Impala. Being released Feb. 18, it has almost had 190,000 views on YouTube.

This 1970s classic is a song written about a woman the vocalist is madly in love with. This woman still remains a mystery, lyrics conclude Rosemary to be real due to the fact that she doesn’t sound like an idyllic partner.

In their first hit from the “From the Fires album, this band has a nostalgic Led Zeplin sound. This song talks about a fiery relationship with a girl.

This modern-day country song is about his lifelong girlfriend, now wife, Blair Scott got the inspiration while he was away from Blair on the road. This song is sweet for a spring break relationship.

This upbeat alternative song is about starting fresh after a heartbreak, moving on, being in love and being vulnerable. The vibes of the songs give the carefree feeling we need for spring break.

This funk-pop song is about expressing regrets of using illegal substances at such a young age and the trauma they have as a result. The artist makes it clear throughout the song that they feel they are unable to love.

This Canadian artist describes his ex-girlfriend leaving and breaking his heart. With his R&B feel, you can dance his pain away this spring break.

Find all songs mentioned by visiting The DrumBeat’s staff pick playlist at, https://open.spotify.com/playlist/3upfbuw1V9YpDkWvfOAj55?si=579759514b8b4563.