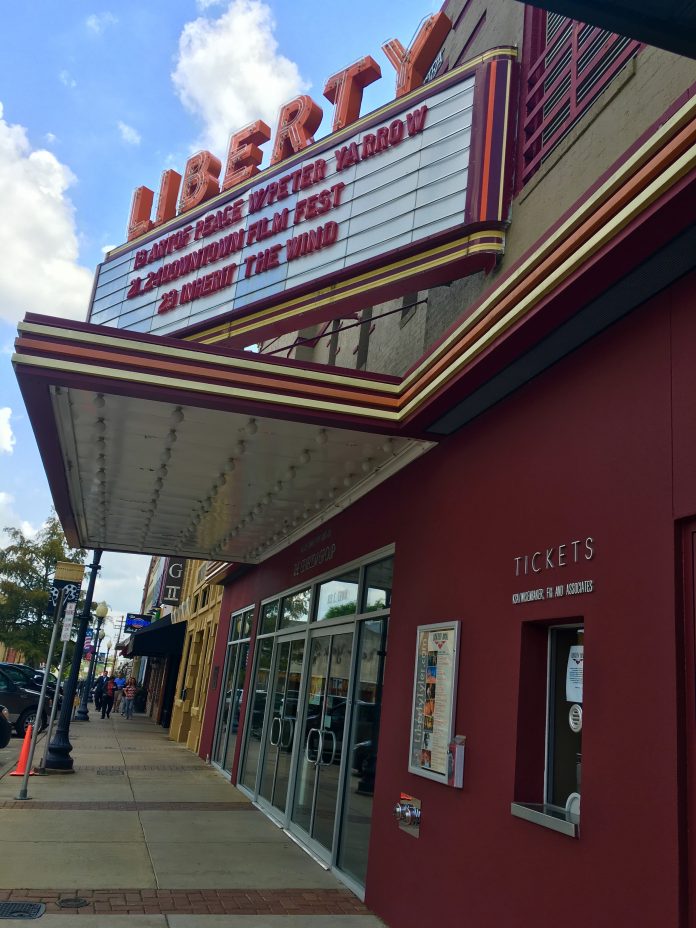 The Downtown Tyler Film Festival is an event that recognizes short films from all over the world with a partial love for local film makers. DTFF has been an active event taking place since 2011, making this their 6th year at Liberty Hall.

With a careful focus on the filming industry, the DTFF team members are making significant changes from their previous years’ efforts to allow more interactive networking between film professionals and the public in order to collaborate new ideas and projects. In the past, the event was held from Wednesday through Friday nights, as well on Saturday. However, this year, the DTFF team will be creating more networking opportunities to take place before the show. (See schedule below)

“In the past, we took entries from the spring and summer for judging, leaving us with very little time to market the event,” said Julie Goodgame, marketing and sponsorship representative from the City of Tyler. “This year, we will start taking entrees as soon as the festival ends so that there will be more time to market and see growth.”

Previous participant, Jena Waldron, owner and CEO of 2 The Sky Entertainment, shared a number of benefits as to why the DTFF event is important to Tyler locals and students. Waldron acts and produces in feature films and TV shows from all over the world. Waldron has also had multiple films produced in the Downtown Tyler Film Festival, one of which she and her brother, Joshua Carpenter, also an actor, were awarded “Best of the Fest Nominee” and “Award of Merit” for their film “The Blind Artist” which was shot and produced in Tyler, Texas. Her film “A Convenient Man”, starring several Dallas actors, was also included in a previous event with the DTFF.

Jena Waldron believes that the Downtown Tyler Film Festival is a great experience with a lot of great film professionals. “It’s a lot smaller than other film festivals, but I would love to see them grow.”

“There are Q and A’s for film makers to ask and answer questions,” stated Waldron. “It is a fantastic learning curve and a lot of fun. There are not only local film professionals, but they’ll get to meet actors, producers, and directors world wide.”

The event is said to be a great gateway to film experience and is very enjoyable. Waldron emphasized her desires for student attendance to help the increase of future film makers as well as supporting our local film industry being brought up right here in the heart of Tyler.

Students considering attending the event can purchase tickets at a very low cost starting at $5.00 for any single week night (Wednesday through Friday), $10.00 for Saturday night “Best of the Fest” plus the wrap up party, or $20.00 all-inclusive producer’s pass for all four nights and wrap party. The event times and networking opportunities are listed as follows:

Saturday, September 24th: Best of the Fest + Wrap up party

*Schedule is subject to change