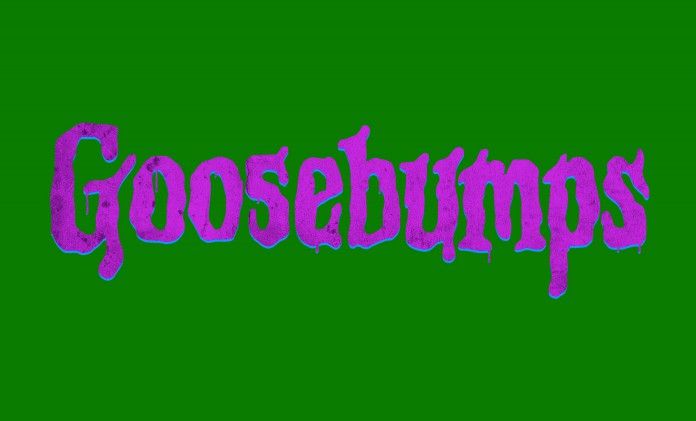 One sad thing about this movie is that Jack Black is getting old.

One good thing about this movie is that Jack Black is getting old.

I didn’t really expect much from this film. My main concern was that this movie would attempt to bank upon the success and fame of Jumanji, which clearly can never be overruled. Why? Because I said so and I’m the one writing this review. So, I guess that means I win.

Before I get too terribly wrapped up in my unrightfully arrogant opinion, I suppose I will bless the audience with a summary. Goosebumps, in a nutshell, takes place in Madison, Delaware- where Zach Cooper (Dylan Minnette) and his mother, Gale (Amy Ryan) – who contributes absolutely nothing to the ongoing plot of the film – are moving to because she has taken a high ranking position at the local high school in Madison. Or at least as “high ranking” as it gets when you work in a town so small that the one new student is instantly known to the entire student body as “the new kid.” As you can imagine, they had an entire think tank work on that.

“Hey, Frank, what should we make the students call the new kid?”

Allow me to explain why I complain. Zach, Hannah, and Stine were quite literally the only characters who ever affected any aspect of the plot. You could have simply erased any script that wasn’t for one of those three, and you’d have pretty much the same movie, but with less twerk references.

Most movies have maybe one or two support characters whose sole purpose is simply to pacify the audience during slow parts. Well, in this film, that’s EVERY NON-JACK BLACK CHARACTER.

Remember Coach Carr? Yeah, his only role was to awkwardly step into the frame anytime the camera was on Zach’s mom and make a half-hearted attempt at flirting. Poor old people, they just lose it after 30.

Back to the summary.

When the kids let their curiosity get the best of them, they end up opening up one of Stine’s original writings, which magically releases the horrendous monsters lying within the books out into the real world.

The main “monster” is a talking ventriloquist puppet named Slappy, whose abilities never ceased to confuse me. As you see him function with his meta-puppet abilities, he seems to be some kind of god or something. As you watch the film, you can’t help but think “This is the creepiest omnipresent, omniscient, omnipotent ventriloquist puppet I’ve ever had the misfortune to watch.”

Now that I’ve bored you with a summary, I’ll bless you with my opinion.

I personally have only seen one movie with Jack Black that I have actually ended up liking (Bernie). All the rest are just him attempting to reenact Adam Sandler.

But as I have seen more and more movies with Jack in them, I have discovered something very, very good has happened to him:…….HE’S GETTING OLD!

Some might think this is a bad thing, but it’s good for my view of him as an actor, because he seems to be taking far more time now to understand his roles and actually perform them well. (I’m looking at you, Nacho Libre version of Jack Black)

In Amy Ryan’s case, I have only seen her role in The Office, but that oddly created some weird dislike I have toward her. Every time I see her, all I can imagine is her and Michael Scott in a paper warehouse, freestyling some nerdy rap about paper or something.

And finally, in Jillian Bell’s case… Well, if you’ve seen 22 Jump Street, you’d understand why I’m annoyed when I see her.

But overall, I feel like the acting was weaker than average over the entire cast. They were only able to keep the interest of the audience by dramatically asking “Did you hear that?” at least once every ten minutes.

Also, the humor in this film was some of the worst I’ve seen in the latter half of 2015; most of which came from the cesspool of secondary support characters shoved within every spare inch and crevice of script.

To conclude, I believe that it was a decently produced movie that had a lot of potential, but severely lacked in every other aspect, namely in the acting department.

When you come up to the window to buy the ticket, tell the ticket salesperson “Wait… Did you hear that?” Then take your ticket and walk away.