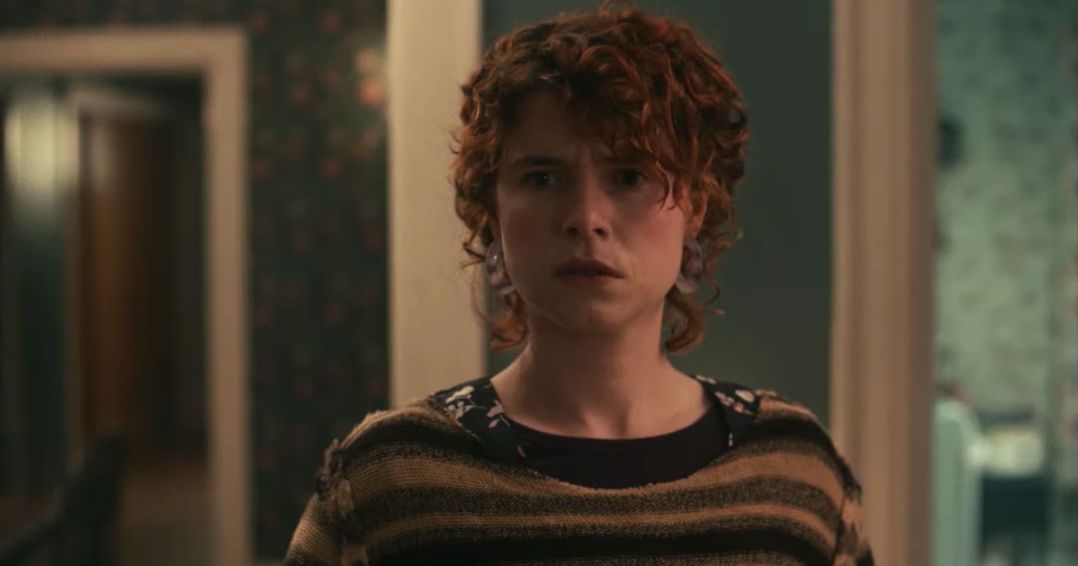 Photos courtesy of Collider and Vulture

While theatre releases like “Wonder Woman 1984” might be pushed back further to next year, the state of the world won’t stop Charlie Kaufman from showing off his nigh-perfected skills of focused melancholia with “I’m Thinking of Ending Things.”

Have you ever known a relationship wasn’t right? Not that there is anything inherently wrong on the surface, but something is just…off. Missing, maybe? A need to be free of a relationship for one reason or another? This is the shade of anxiety Kaufman captures like a snapshot in  “I’m Thinking of Ending Things.”

The film follows a young woman, played by Jessie Buckley, meeting her boyfriend’s parents in the country, despite her growing feelings of uncertainty about their relationship. There is something strange going on as odd sights present themselves to the young woman as the night progresses.  The cerebral, almost horror-like, twists and turns will not be spoiled here,  but go in knowing this is a piece of media made to be broken down. Events just happen in “I’m Thinking of Ending Things,” almost like an oddly specific bad dream. It wouldn’t be a Charlie Kaufman script if things were  told in a straightforward way

Said script never ceases to keep one slightly on edge throughout the two hours 14-minute runtime of the film. The script utilizes poetry readings,  long spurts of heated conversation, and fourth wall breaks with spot-on performances to successfully emulate the feeling that you are watching someone’s fleeting dreams. Kaufman’s script, based on a book of the same title by Iain Reid, delivers minute after minute of subtle anxiety as we meet fully realized, but nonetheless strange, characters and environments you feel you’ve driven through yourself.

Those stellar, refined characters shine from the small cast. From Buckley’s  anxiety-raddled “Lucy” trying desperately to keep it together as this  relationship nightmare progresses, to her boyfriend subtly played by Jesse  Plemons, who seems to know more about the strangeness than he lets on,  the entire cast delivers unsettlingly vivid performances.

An unexpected plus of the film is the painfully lonely, yet serene cinematography from Lukasz Zal. Following his powerful work in 2018’s  “Cold War” with an ironically icy depiction of an all but empty Oklahoma town. Dank, lifeless barns barely lit by the escaping light of dusk. Dinner tables spilling ominous candlelight to contrast polite conversation. High school hallways made nauseatingly tense in the night. Zal uses his vast stores of photographic skill to slam dunk the dark, dreary tones that Kaufman’s script sets up. It is truly some of the loneliest cinematography of the year.

This film is sure to be a divisive one. Its deep feelings of melancholy and anxiety intentionally fight you from casually watching it, but something about the subtle realness of its characters keeps you hooked as the movie takes you on its arduous journey. I do highly recommend it, just maybe not if you’re feeling a little down.