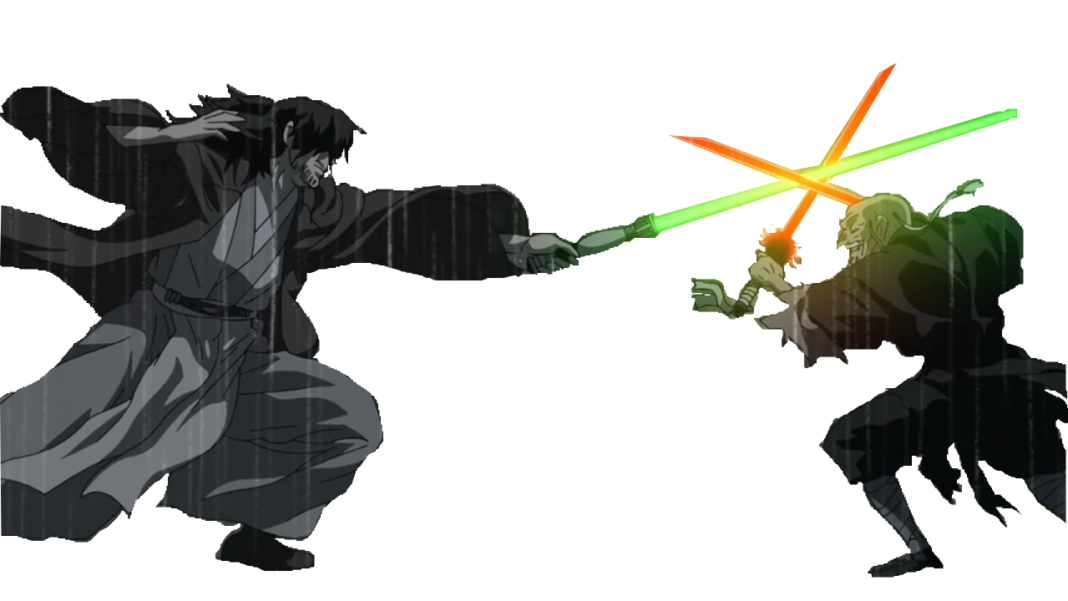 When attempting to make a formal opinion on “Star Wars,” it’s often hard to know where to start. Do you start with your personal gripes that have hung around since the series’ return with “The Phantom Menace” in 1999? Do you present an all-around view of the franchise as a whole, attempting to skirt the divisive discourse engulfing the entire fan base? Do you leave it at the prequels versus sequels debate? When I find myself at this crossroads, I catch my mind going back to the sense of awe the original trilogy instilled in me when I watched them for the first time on VHS.
That’s what hurt my feelings as I sat in theaters as a child when George Lucas’ prequel trilogy invaded our cumulative childhood. With all the subtlety of Mike Tyson wearing concrete boxing gloves, Lucas stripped away the magical adventure of the original run and replaced it with the worst dialogue I’ve heard in theatrical releases, redundant explanations nobody asked for, horrendous CG effects, and shot composition as brain dead as his characters.
The “Star Wars” prequels are so poor in execution; Dave Filoni has made an entire career slapping Band-Aids over every plothole in the fictional universe in his “Clone Wars” and “Mandalorian” series. With the exception of season one of “The Mandalorian,” these expanded universe stories suffice to make the prequels’ worlds and characters make more sense in the grand scheme of things, but never feel excited to tell you these extended canon tales.
The sequel trilogy has a similar set of issues. The biggest has to be how the films never feel interconnected. Simply by watching the three movies back to back, it’s painfully clear these are three scripts written after the previous film was knee-deep in its theatrical run. The most egregious example being how “The Rise of Skywalker” directly walks back on every bold decision writer/director Rian Johnson made in “The Last Jedi,” making the trilogy as a whole feel as much like a company product as Filoni’s projects.
It would seem Japan’s big anime studios feel the same way, because “Star Wars: Visions” brings all the drive, excitement and creativity that has been absent from “Star Wars” since 1983. The best way to experience this miniseries is to go in as blind as possible. So, I’ll do my best to keep my praises vague.
“Visions” is an anthology series of nine animated short films created by some of the most talented and visually captivating anime studios working today. All are entrenched in care, every frame beautifully crafted to push genuine star-faring adventure. The special thing about “Visions,” though, is how each short captures the missing awe in their own way. “Promare” and “Kill la Kill” creators Studio Trigger capture what it means for something to be over-the-top in all the best ways with a giant and flexible lightsaber fight in space. Animators of the “Jojo’s Bizarre Adventure” opening credit sequences and “Batman Ninja,” Kamikaze Douga, finally integrate feudal Japanese aesthetics into the world of “Star Wars” in gorgeous black and white.
A surprise standout is “The Bride,” from Kinema Citrus of “Made in Abyss” and “The Rising of the Shield Hero.” This is a story that would be right at home with the “Prime Directive” stories: Where the conflict comes from the main characters being barred from interacting with a planet’s inhabitants in order to keep that planet untouched from outside forces, forcing them to only observe a situation, no matter how dire.
All reviews are subjective, as any take on art is. That being said, “Star Wars: Visions” is truly what I’ve wanted from “Star Wars” since I was a kid. Each animation brought a childlike, ear-to-ear, grin to my face. If some new fantastical fun is something you’ve been pining after, check out “Visions” now on Disney+ and keep an eye in bookstores for upcoming expansion novels based on the shorts.