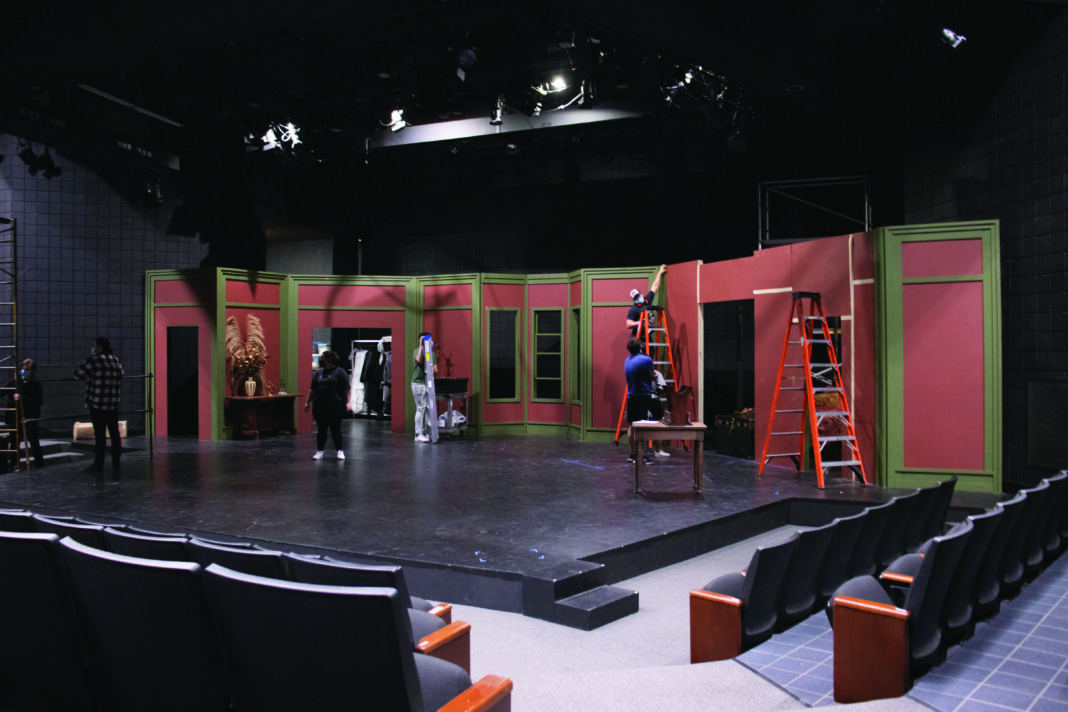 “Sly Fox” will have its first showing for audiences Sept. 29 in the Jean Browne theatre. The play will be open for the greater Tyler community and TJC students, marking the full return of TJC theatre since COVID lockdowns.

TJC students can receive a free ticket at the box office after presenting their up-to-date student ID. Community members can purchase tickets for $10 at the Jean Brown Theatre box office.

Theatre professor and director Jacob Davis and students from TJC’s theatre department have been hard at work getting “Sly Fox” on its legs for opening night.

“It is a humorous retelling of a classic story about a man whose greed is so strong, he will do the worst to keep it going,” Davis said.  “It has been a while since we have done a stylized comedy, and this is a show that I enjoy. It’s always refreshing to leave the ‘real’ world for a couple of hours and I’m thinking even more so during a pandemic. All those things made me choose this particular show.”

Both sides of the production have been following TJC’s COVID-19 safety guidelines while getting the show up.

“Production and rehearsals have been fast and furious,” Davis said, but that doesn’t keep the team from keeping everyone as safe and illness free as possible.

Davis and company aren’t the only ones ready to offer a reprieve from day-to-day stress.

“Before COVID, we loved going to the opera and theatre as much as possible. It was our favorite thing to do on a night out,” said Tyler local, Scott Moore, “and the TJC theatre always have such an elevated level to their productions. We’re so excited to be able to go see them perform again.”