‘Something Rotten’ opens Feb. 23 on campus 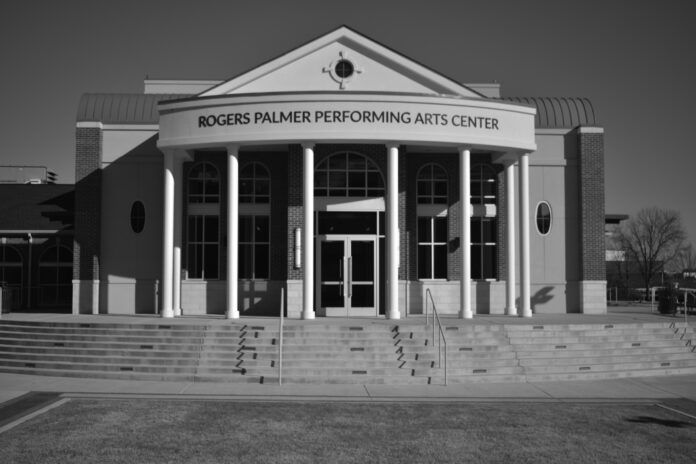 Tyler Junior College presents its performance of “Something Rotten,” opening at 7:30 p.m. Feb. 23 in the Rogers Palmer Performing Arts Center.

“Something Rotten” takes place during the Renaissance period of England and centers around Nick and Nigel Bottom. The Bottom brothers want to write a hit play, but no matter what they write, they never seem to be as good as the great and famous Shakespeare.

Desperate to become as famous as Shakespeare, Nick visits a soothsayer to tell him what will be popular in the future. The soothsayer tells him  actors in the future also sing and dance onstage. After hearing this, Nick runs to tell his brother  they will write the first musical ever: “Omelet.”

’Something Rotten’ falls in between kind of a classical farcical comedy, high energy musical,” said Rebecca Faulds-Howard, a speech and theatre professor who has also taken up a role as a director for the show. “I saw it back in 2015, when it first came out on Broadway, and it was always kind of, you know, one of those musicals that I’ve always wanted to do.”

The show is simple and easy to follow for those new to musical theatre, but longtime theatre goers will appreciate the various references to classics such as “Annie” and “Rent” during the show.

“It makes a lot of musical and Shakespearean references throughout the show. So, if you know Shakespeare and musicals, you’re going to enjoy it,” Ricketts said.

On the surface, the show seems simple, but creating the world of the Bottom brothers was far from easy for the cast and crew.

“Something Rotten,” while meant to be a fun show, also conveys a deeper meaning of being true to yourself and finding your identity.

“It’s about searching for yourself in your own truth about yourself and finding your own truth and how to be true to your own self and not get caught up in trying to imitate somebody else or be jealous about other people’s their success,” Faulds-Howard said.

“Something Rotten” tickets are on sale now. They are $5 with a valid student ID, and $10 for the general public. To purchase tickets ahead of time, stop by the box office, located in the Wise Cultural Arts Building, from 1-6 p.m., or call 903-510-2212. More information about the show can be found by visiting http://www.tjc.edu/Theatre.