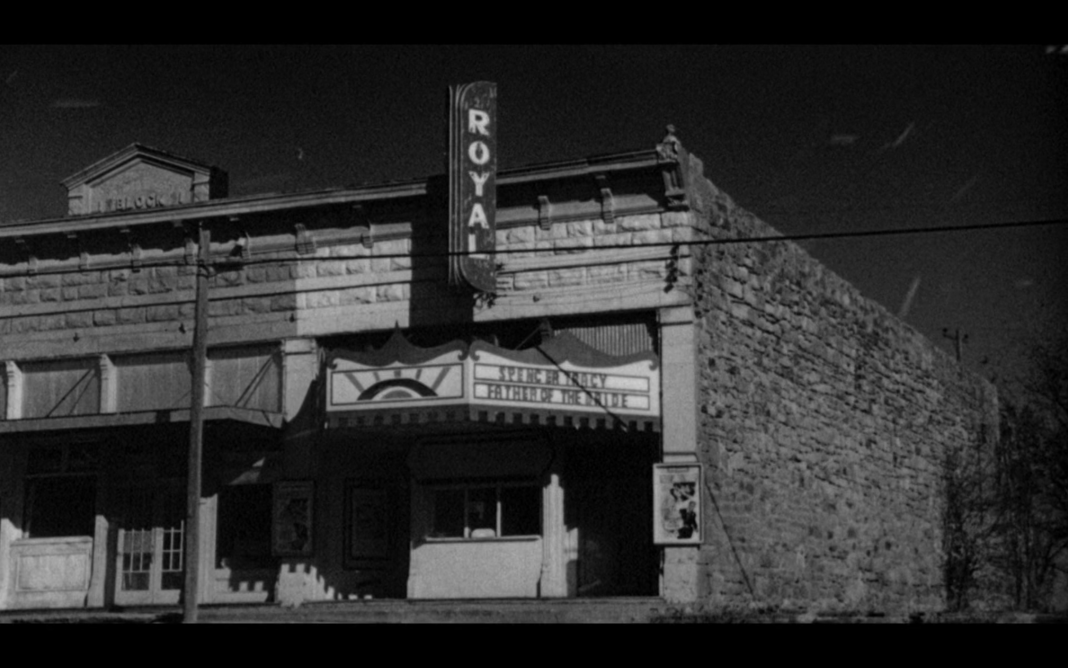 These words are on the original poster for “The Last Picture Show,” and they couldn’t be truer. Originally released in 1971, Peter Bogdanovich’s unflinching, biting drama based on the 1966 novel of the same name by Larry McMurtry (Lonesome Dove) turns 50 this year.

For 1971, the film is starkly modern even down to the way it was shot. Bogdanovich chose to set up each small, individual shot as opposed to shooting “master shots:” a raw shooting of the scene from one extra wide angle to ensure your up-close shots remain in continuity once editing begins. Meaning Bogdanovich and crew were essentially editing in camera years before that would become budget filmmaking standard. “The Last Picture Show” managed to tackle themes like young love, sex, adultery and broken lives with a sort of rare bluntness that builds a genuine connection between characters.

This angry unsophistication, at the time, spurred ire from Archer City locals. Having shot the film in the author’s hometown, a series of constants from the behind-the-scenes footage of the film are tales of the town’s hesitance to, as filmmaker Frank Marshall put it, “have someone else airing their dirty laundry.” According to McMurtry, the town considered the books he wrote to be “dirty.” After the film’s release, The Los Angeles Times ran a story titled, “Movie Riles Town It Depicts,” which led McMurtry to send a letter to his hometown newspaper in response, challenging any armchair critic in town to a public debate. The call went unanswered.

Elsewhere, though, the film was a near-instant classic, garnering eight Academy Award nominations. Cloris Leachman and Ben Johnson would take home Best Supporting Actress and Actor, respectively. This launched Leachman, Jeff Bridges, Cybill Shepherd, and Bogdanovich’s full Hollywood careers. But it’s one thing to hear something is an undeniable great, it’s another thing entirely to watch a film and see genuine reflections of the state you grew up in.

That’s exactly what sets “The Last Picture Show” apart from other dramas, especially for the time: authenticity, that bona fide feel. Actors with relatively no big screen experience were cast. Characters in the film munch on Texas local peanut patties. Integral scenes were shot with absolutely zero rehearsal to create a frantic earnestness to the performances. Hometown locals were cast as both extras and speaking roles. All of these bring the viewer into these late-teens’ and burnt out adults’ beautifully flawed lives, but none more than the stillness of the film.

“The Last Picture Show” bookends itself with a wide shot of the section of Archer City’s town square: Empty and silent save for the howl of a biting winter wind. This quiet stillness seeps its way into every second of the film. Actors leave subtle gaps in conversation that can only be found in reality. Bed frames incessantly squeak, ruining what is hoped to be a magical moment. Bogdanovich lets the film breathe, allowing the time for characters to simply gaze at each other, searching for the right words to say. Culminating in a piece of media you can feel down to the grain of the film.

“The Last Picture Show” drudged up a legal battle that set an important precedent. The magazine Playboy, got in legal trouble with the film, specifically Shepherd, when they published still photos of Shepherd’s notorious skinny-dipping scene, leading to a legal suit with Shepherd and her manager. This resulted in a ruling that made it illegal for publications to publish a still nude photograph of an actor without their permission.

Now, nestled 30 minutes south of Wichita Falls, Archer City has transitioned into the ghost town that the film and novel depict it as. The bookstores owned by the legendary author McMurtry have now all closed after his death, leaving little to no reason to encounter the place. On the drive in, you’ll be lucky to pass another vehicle every 20 minutes. Once you step out of your car, there’s a palpable stillness to the world surrounding you. Once it picks up, the wind slices through the town building an eerie cacophony that is only covered up by the tailpipes of passing diesel trucks, seemingly hushing the wind to a breeze. The titular picture show is now a simple outdoor theatre, but still stands proud, surrounded by defunct shops, dilapidated gas stations, and a town square dominated by a stone courthouse.

This haunting placidity is beautifully mirrored in the now 50-year-old film, where Archer City will live forever alongside Johnson’s “Sam the Lion” within the frames of “The Last Picture Show.”