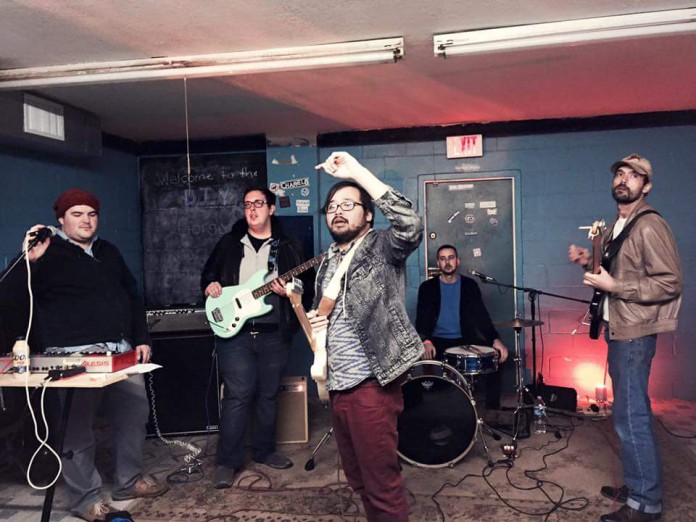 Created by artists who desired something different, The DIY Spot provides Tyler with an alternative musical venue for audiences and bands.

“As a musician myself, I’ve played places, and nobody is there to see the music. They’re there to play pool and drink beer,” said Brian Hoisington, the primary owner and operator of The DIY Spot. “It gets on my nerves [when] I drive 100 miles to play my music and nobody cares.”

Also a local artist, Hoisington was discontent with Tyler’s music venue options. So, he decided to use his family’s property, located at 3101 Bellwood Rd. to give Tyler the option he thought it deserved.

“At the time, there weren’t any local places really, in Tyler, other than Clicks,” said Hoisington, “I met this dude, Joey, and we decided to be in a band. So, we got together, and we started playing at The DIY Spot before it was The DIY Spot.”

Before it served the community as a stage, the weathered cinder block structure has changed personalities numerous times on the inside.

The last identity the building had before becoming a music venue was “an over-glorified storage shed that my father-in-law owned.”

“The place was full of junk, I mean, we had to carve us out a little area so that we could even get in there to start writing songs when we first started playing together. Basically, we got a bunch of people to help us out and we cleaned out the main part of the venue and dumped all of the junk into the side room and into the very back,” said Hoisington.

On Sept. 11, 2014, the first official performance, starring Channel 8, along with a handful of other local artists, christened the venue’s journey into alternative music. Originally, the performance wasn’t scheduled for September, but plans at a different venue fell through at the last minute, so the band needed a new stage quickly.

“So Casey, from Channel 8, was scrambling for a place to put on the show,” said Hoisington, “and so he was like, hey, can we just do it there … so a bunch of people pulled together and helped us move all that junk, and got a P.A., and put on a show, and that was how it started, basically.”

Upwards of 40 shows have been hosted within the concrete cavern of the building with the gritty smell of cigarettes looming throughout the venue.

Hoisington is willing to give nearly any band a shot at performing at the venue, with the exception of, as he titled, “generic-a– rock.”

“For the most part, I’m pretty much open,” said Hoisington. “We’ve had a rap/hip-hop-like electronic show before, but the majority of the bands, the majority of the stuff around here, excluding country, is all metal/punk/hardcore, you know, stuff like that … just something that’s different. I don’t want to do mainstream.”

In Tyler, he explained, most of the music venues are bars, and the typical priority for those audiences is the alcohol and games. And with The DIY Spot’s BYOB policy, there are no age limitations for attendance.

“That’s one of the things why I don’t dig Clicks very much,” said Hoisington, “because most of the time, nobody cares. They’re just there to sit out back and get drunk and play pool, and the band is background noise. The whole point of doing all this is to give people a place to go to that’s not a bar- a place for bands to play where people are there to see the music.”

For information about upcoming shows and cover charges, or to contact Brian, visit The DIY Spot’s Facebook page.