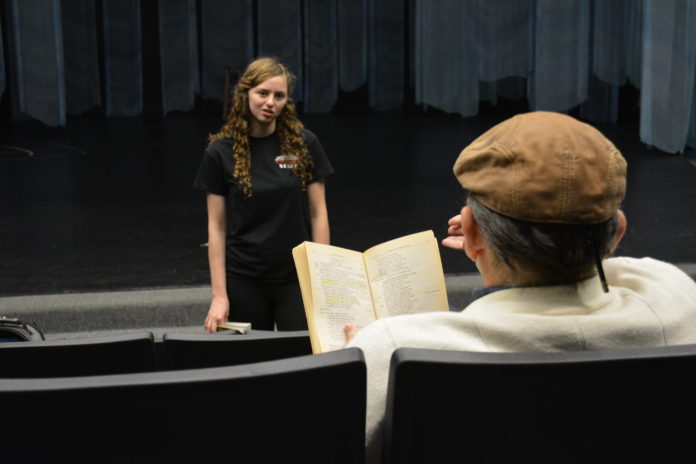 For the last mainstage production of the fall, the theatre department will be performing the Shakespearean classic, A Midsummer Night’s Dream.

“It fulfills any type of theatrical fulfillment that you could find in one play. If you’re looking for comedy, drama, tragedy, fantasy, love stories; they’re all there in one play. And they’re all beautifully done because Shakespeare wrote it. It’s pure poetry,” said director Dr. David Crawford.

Crawford has directed this play three times and has even performed in it once.

This production will be freshman Tyler King’s first experience with working in theater. King is the crew head for the play.

“It’s definitely teaching me some great life skills on how to delegate and be a good leader,” said King.

King was attracted to the theatre department because he had heard of a work study program they had, but after working with the department, he’s extremely grateful he took up the opportunity.

“I love the people I work with. One of the best jobs I’ve had,” said King.

“He’s (Bottom) this very cocky, self-righteous … I feel like he’s this total jerk, but in a way that I feel like he doesn’t know he’s a jerk. In his mind, what he thinks is right, is right,” said Johnson.

“In logic, two plus two is four, but for him, two plus seven is four. Everyone would look at him like he’s stupid, but he’s like, ‘No, I’m right.’”

Johnson feels that, as a theater major, students should perform at least one Shakespearean piece, believing that it helps to make the actor more diverse in what they do.

He also feels that being under Crawford’s direction has helped him improve as well.

“It’s kind of a blessing for me. I’m very grateful that I’m able to work under him. He’s been a great director. He’s made this transition really good,” said Johnson.

Transferring from another college to here was a little difficult for Johnson, but being a part of the theatre department, especially this play, has made things easier for him.

“Being able to work with [the actors] and the directors … we’ve become more close. I’ve definitely felt more at home being in this show now that I’ve gotten to know [everyone].”