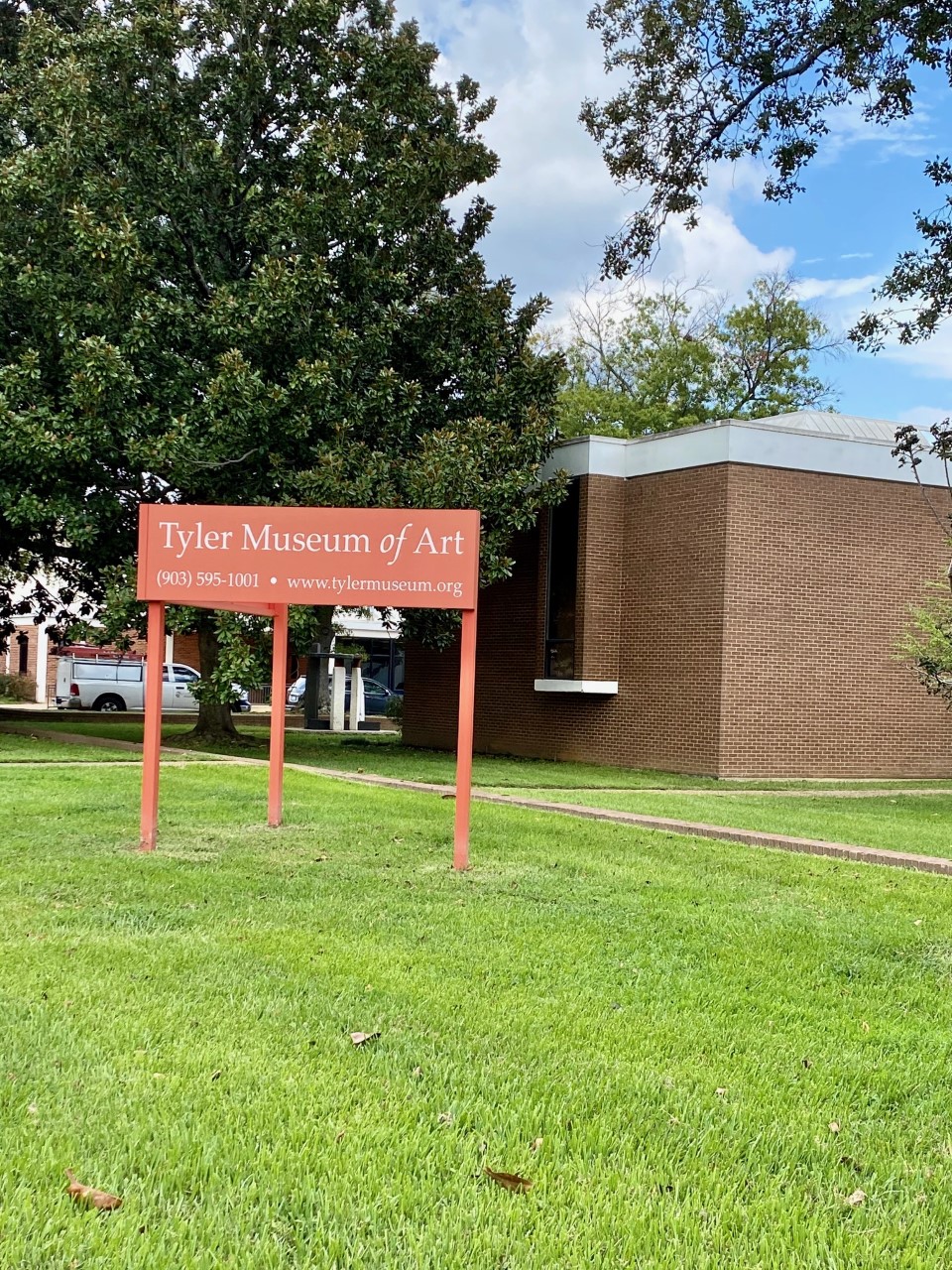 Piece by piece, the Texas Museum of Art is a source for not only the Tyler Junior College community but also the Tyler community to enrich their lives with art from all over Texas.  Current exhibitions, Bits and Pieces by Al  Souza, and From the Vault, which contains works from the Art Museum of Southeast  Texas, are on display for visitors.

There are 1,600 pieces in the permanent  collection at the TMA, and the exhibits change  every three months.

The Bits and Pieces exhibition was not  planned, but when Caleb Bell, curator of  TMA, was home doing puzzles during  COVID-19 lockdowns, he got the idea to  feature Souza’s collection.

The collection was completed between 2000  and 2010, and according to TMA’s Executive  Director, Christopher M. Leahy, “it’s just an  incredible visual display.”

Leahy said the collection presents works that  are a collage of puzzle pieces.

“From this distance, they’re really abstract, but  when you get close to them and really look at  them, you can see the layers of puzzles and how  he’s built the composition up,” Leahy said.

Layers in Souza’s work are a theme. He layers different puzzles on top of each other to create a  whole new piece. The Buddha Sculptures are also a part of a collector’s items and many prefer to buy them for their space.

Souza, born in Plymouth, Massachusetts, has  had his works, or what he refers to as paintings,  presented not only through Moody Gallery in  Houston, but, “has exhibited extensively both  nationally and internationally,” according to  moodygallery.com.

The way Souza composes these art pieces is a process. He starts by laying the puzzles out on his studio floor and gets up on a ladder and looks down at them. After he can see clearly, he organizes how he wants them to flow and work together. “Again, much like a painter composing a painting,” Leahy said.

Souza’s exhibition opened July 19 and will be  on display until Oct. 18.

The From the Vault exhibition, which is a  collaboration with the Art Museum of Southeast  Texas in Beaumont, is also currently on display  and will be available until Nov. 29.

The From the Vault exhibition is filled with  contemporary art from personal collections  of artists.

“When you use the word contemporary in art,  it simply means living artists,” Leahy said.  The exhibit is filled with an assorted collection.  “The works are diverse and include drawings,  mixed-media collages, paintings, photographs  and prints,” according to tylermuseum.org.

Another exhibit being shown in the TMA is  the annual Art of Peace. The Art of Peace is a  community wide week where they “promote a  spirit of creativity, compassion, and community  through partnerships, fellowship, dialogue,  social action, music, poetry, and art,” according  to tylerpeace.com.

The art museum is still focused on its roots  by being involved with the schools around Tyler  and surrounding counties. For example, they  sponsor student artists and work with children  in middle school by doing a themed day where  art teachers have students represent what the  day of the dead means to them, and then the  museum displays the artwork.

“We send out a call to them to bring their  students artwork here and we display it. I think  we had 200 students last year,” Leahy said.

After students continue in their academic  career and reach senior year of high school, the  museum offers them a display opportunity again.  For the past 15 years, the museum has offered  this opportunity, and last year, they had 20 high  schools participate with a total 98 students from  nine Texas counties.

“By and large the work is incredible. It shows  an enormous amount of creativity and good  teachers,” Leahy said.

Almost 50 years ago, the Tyler Service  League, who were more well known around Tyler classrooms as the “picture ladies,” started  the Tyler Museum of Art,

The picture ladies were a group of women who invested time into the community in the 50s  and 60s. They saw a need for an art component in the community. They did many things, but one of the most notable activities they did was bringing posters of art into classrooms to present to children.

After much consideration, the group  contacted the president of Tyler Junior College,  and they received land on campus to build a  museum. They raised money in 1969, and Davis  Wilcox, a local architect, built the 15,000 square  foot building in 1970. They officially opened  in March of 1971 and will celebrate their 50th  anniversary this March.

The picture ladies began the TMA for a cause  they were passionate about. This cause was  something Eleanor Cameron, one of the picture  ladies who was active on the museum’s board  until last year, kept close to her heart.

“She died at 98, and she was active and  moving until the day that she died. She was a  phenomenal Texas woman,” Leahy said.

Art can be intimidating to many people, but  Leahy believes it is for everyone to look at and interpret, despite their level of knowledge. “One of the things about art is that you don’t need to know anything to come in,” Leahy said.