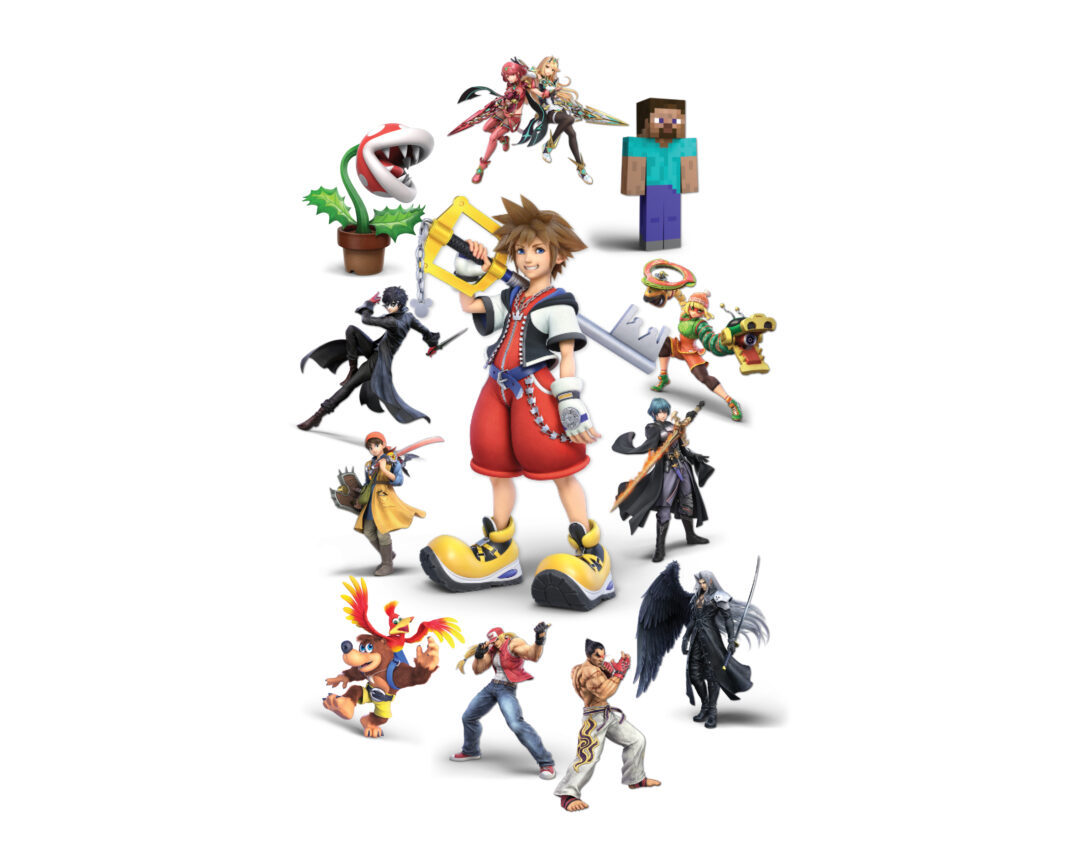 To call the roster for Nintendo’s premiere fighting game, “Super Smash Bros. Ultimate,” impressively deep would be an understatement. Ultimate kicked off the globe-shattering excitement for the game by announcing, “Everyone is here,” in the games early promo materials. Meaning, Ultimate somehow managed to include every character previously introduced in a Smash game, leading to a base game roster of 69 characters, if you don’t include the Mii fighters and echo fighters (which are straight up clones of their already established counterparts).

Smash Ultimate has been a giant success, becoming the Nintendo Switch’s third highest selling game. Namely, just shy of 25 million units sold as of the company’s June 30 sales analysis. Despite a terrible online multiplayer system, the game has managed to stay relevant in the competitive gaming scene and has remained in nigh-constant word of mouth. The big reason for this is Ultimate’s downloadable content “Fighter Passes,” which deepen the game’s character roster even further. These two DLC packs now are coming to a close with Ultimate’s final character: Kingdom Hearts’ Sora. So, here’s a look back at all the new fighters lead designer, Masahiro Sakurai, and his team have brought us.

While not the best character in the vast roster, to most in the competitive scene they’re among the worst, Piranha Plant’s inclusion is one of the most out-there picks Ultimate brought. Released Feb. 1, 2019, the “Super Mario” series representative offered a heavyweight with more a trap and anti-air moveset than your typical heavy, but not a deep enough toolkit to be viable at anything above a local.

No, not Batman’s arch nemesis. Hailing from the fifth entry of the JRPG series, “Persona,” Joker quickly stole the coveted best character spot when he surprised fans with his inclusion April 17, 2019. The turn-based RPG protagonist boasts some of the fastest, most versatile, moves in the game and a comeback mechanic that will save even the worst players from an embarrassing loss. Even after two full waves of DLC and multiple competitive seasons, it seems no character will dethrone Joker from the top spot.

Sakurai wasn’t satisfied with one turn-based RPG character, though. On July 30, 2019, the nameless protagonists from the “Dragon Quest” franchise journeyed their way into the game as one character: Hero. At his release, many bannered for banning the character from tournaments for his strong attacks’ 1/8th of a chance of a critical hit and a move with a chance at simply taking an opposing player’s life on landing. But, as time passed, cooler heads prevailed as the community found the character is roughly as viable as any other high-tier character.

My personal favorite reveal in the roster. Alongside base-roster’s inclusion of “Metroid” series’ villain, Ridley, this was a legacy character feared to never make it to the series. Coming from the adventure series of the same name, the duo fighter boasts a general moveset with a heavy weight. Nothing too crazy, just some rock-solid moves for a heavy without many of the drawbacks the class often carries. This could be disappointing for some, but those of us who lost hope are happy enough the 90s bear and bird finally made it.

Fighting game characters weren’t represented much in Super Smash Bros. until Ultimate. Sure, the previous installment for the Wii U eventually brought Ryu from Street Fighter, but that was it. As a celebration of gaming as a whole, Ultimate made up for this when they hit everyone by surprise with the inclusion of the King of Fighters’ own: Terry Bogart. A combo character that automatically turns toward his opponent, Terry offers a variety of combo strings reminiscent of his home games. He also brings his own comeback mechanic with his “Go meter,” which grants Terry two extra insanely powerful move options after taking 100% damage, making him a force to be reckoned with in competent hands.

As of the time of writing this article, Kazuya of the “Tekken” series is the latest useable fighter in Smash Ultimate, released June 29, 2021. Another character from a long-running fighting game series, Kazuya keeps his compatriots’ ability to automatically turn toward his opponent, but Mishima-san stands apart from fighters similar to him with a deep move list that utilizes specific control stick positions/directions like his home series, which is a nice touch. He also hits so much harder than other fighting game characters, while still having the ability to combo unsuspecting opponents. Kazuya holds the scary ability to completely wipe an opponent’s stock just from one mistake, but his mediocre recovery and slow moves somewhat even him out.

This swappable dual fighter comes from the RPG series “Xenoblade Chronicles.” Here is another character immediately recognized as one of the best of the game practically as soon as they became available March 4, 2021. Both of the characters’ wildly different movesets are some of the best in the game, utilizing both a “rushdown” moveset focusing on fast, personal combos and a baffling strong heavyweight that ensures you’re always at kill percent. Now that offline tournaments are back, there is a sea of new Pyra/Mythra players worldwide. If you want to attend tournaments soon, learn this matchup.

The internet and I have cooled off on the inclusion of a “Minecraft” representative since their Oct. 13, 2020 inclusion. Steve (and his skin options of Alex, a zombie, and an “enderman”) have an incredibly unique kit that do a great job of incorporating the home game’s mechanics. This is also a character with a steep learning curve, leading to the character mostly falling out of the competitive scene, but the vast possibilities of his moveset leave the opportunity for someone to unlock their true potential.

The “Arms” ramen inspired fighter kicked off the second Fighter Pass July 29, 2020. Another mid to long distance fighter, Min Min is one of the strongest zoners (distance fighters) in the game. With impressive pressure ability and the ability to switch certain attacks on the fly, the unique fighter can be a great choice if willing to overcome her learning curve.

Next, we have the resident snooze for many when they dropped Jan. 28, 2020. Byleth sought to remedy complaints of too much “Fire Emblem” representation with a moveset that departs from the rest of the series’ sword fighters as one of Ultimate’s few true midrange fighters. They excel at keeping opponents at a distance, and the world’s top Ultimate player, MKLeo, has been on an absolute tear with the character, breathing some new life into a character many wrote off as too slow to be viable.

A truly out of nowhere pick is “Final Fantasy VII’s” main antagonist, Sephiroth. Easily the most unique sword fighter so far, the one-winged angel boasts his own comeback mechanic, long-range attacks, but a weight so light he’s not incredibly viable. This, combined with his reliance on long range, leaves him in a tough spot if an opponent closes the distance. Much like MKLeo’s usage of Byleth, top player, Tweek, has shown off an impressive understanding of the character since his Dec. 22, 2020 inclusion.

By the time you’ll be reading this Sora will be available for purchase as the final DLC character, bringing Smash Ultimate’s legendary expansion to a close. With this finale in mind, it’s important to recognize this game isn’t solely made by Sakurai, despite online posts thanking only the lead designer for the game. Games are huge undertakings, with whole teams hundreds of people deep that go completely unnoticed despite years of hard work. Super Smash Bros. Ultimate’s team is so numerous, they made the credits into a shooting gallery to pass the time. Whether you’re a designer, programmer, copy/code writer, play tester, or anything else, my hat is off to you. Smash Ultimate is truly a celebration of video game history, and Sora brings that through line home.