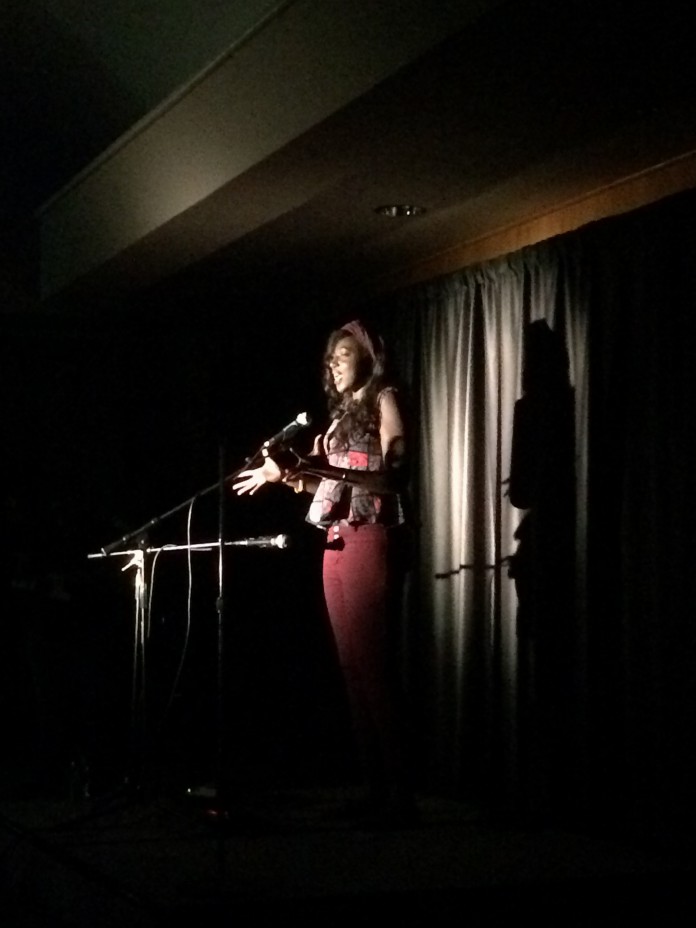 A new club on campus is helping students express themselves through words. The club, also known as the Word Warriors, is sharing its love of the English language through original poetry.

The Word Warriors took home first place in the annual talent show, Campus Capers during homecoming week. They talked about the struggles that children face when growing up. Earlyssa Cooper, a TJC freshman, created the club last fall after she learned that there was not one on campus.

“It hit home,” said Cooper, “now we in college and we cant go back but for some reason we thought that we all wanted to grow up.”

“I believe that people liked that poem and voted for it because they could relate to it,” said Cooper, “That’s one of the reasons why I like poetry,”

Cooper knows how to show confidence on the stage and perform a powerful message.

“I feel like the stage is more home than the house that I live in so it is very comfortable,” said Cooper.

She explained that Word Warriors helps people with public speaking.

“Its kind of like we are teaching them life skills,” said Cooper “Like how to be comfortable in their own skin enough to not be scared when they see a crowd.”

“Any time that I am nervous I just think about the information that I want to give to people. So that is what pushes me,” said student poet Aji Skaho.

Skaho is from Gambia and came to America for a better education, she found poetry as a way to express herself.

Since February is Black History Month, it inspired both Skaho and Cooper in their poetry.

“People tend to look at slavery and think that it was like something that was so back in the day and it’s still current right now,” said Cooper after she performed her poem, The Heart of a Slave, at open mic night.

Sophomore Rory Price emphasized how everything Cooper said hit home. “I like how she gave the life of the slave when they first got bought,” said Price, “first getting their house and going through all the struggles.”

“When I was in high school, I started a poetry club,” said Cooper. She wanted a way for students, as well as herself, to express themselves through poetry.

At the beginning of their meetings, they take time to clear their minds before they get to work.

Cooper explained some of the ways she prepares the Word Warriors for their poems, such as setting a two-minute preparation time.

“You can either pray or just meditate or think about the poem you want to present,” said Cooper “Every week you present one new poem to the group,”

For more information on the Word Warriors, go to their Org Sync portal to learn more about how to get involved.