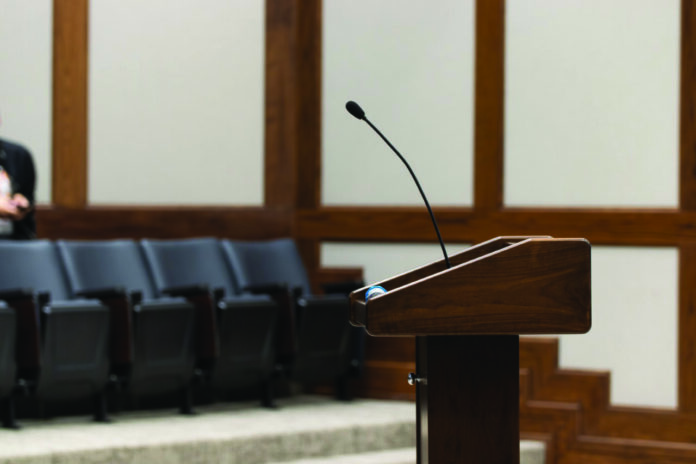 The Director of Student Life, Lauren Tyler, approved Turning Point USA’s appeal to be recognized as an on-campus organization during the Student Senate meeting on Oct. 19.

This decision comes after weeks of debate that led to the group being initially denied in a 10-9 vote on Oct. 12.

“Due to the closeness of the vote last week and the board policy, I have chosen to recognize Turning Point USA as a recognized organization,” Tyler said.

TJC’s student handbook states the rules of the recognition process as, “If denied, an organization may appeal the decision to the Director of Student Life.”

According to tpusa.com, “TPUSA is a 501(c)3 non-profit organization whose mission is to identify, educate, train, and organize students to promote freedom.”

Juliana Penney, chapter president of TPUSA, shared her reaction to the organization being recognized.

“We are so thankful to the TJC Office of Student Life for considering our appeal and making the decision to allow Turning Point USA to exist as an official on-campus organization,” Penney said. “We can’t wait to contribute to the tapestry of ideas at TJC, hopefully expand our organization even more, and create a positive impact on campus.”

Regarding the approval, Timothy Wright, representative for Las Mascaras and one of the individuals who spoke against the recognition of TPUSA during the senate meeting on Oct.12, said “I think that what the students wanted should have been taken into consideration.”

Joseph Ritter, representative for Phi Rho Pi Speech and Debate Team, said he was not surprised by the outcome, but is proud the opinions of those in opposition were voiced.

“I also understand why Mrs. Tyler made her decision, and I hope that this group will prove me and my close peers wrong,” Ritter said. “Also, although I do not agree in the slightest with what Turning Point’s views are, I applaud them on their persistence and the work they did to get approved. It will be interesting to see how this affects the campus atmosphere moving forward, especially in the next 2-3 years.”

Tyler said she considered many aspects when making her final decision on the appeal, including the vote, re-watching the meeting, the board policy, the student handbook and the students’ right to have a voice. TJC’s board policy manual states student organizations cannot be denied based on views expressed by the organization. However, can be denied if they “violate campus rules, interrupt classes, substantially interfere with the opportunity of other students to obtain an education, or if it is reasonable to believe that the group poses a substantial threat of material disruption to the campus.”