A Cure for Wellness – Movie Review 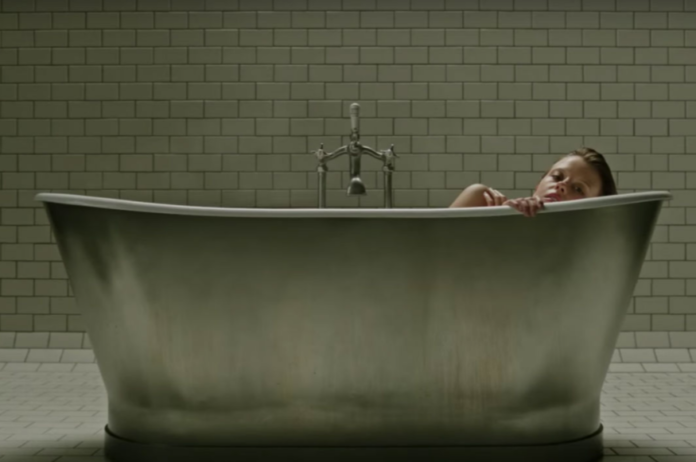 While watching the commercials for this movie, I kind of got that scary, insane asylum type of vibe. But after watching it, I found it to be creepy and cringe-worthy more than anything.

For those of you that don’t know what this movie is about, this guy, Mr. Lockhart, is a young and successful businessman. After working his way up, he gets caught in some lies and is later blackmailed and forced to retrieve Mr. Pembroke, the CEO of the financial trading company he works at, from this “wellness center” that’s isolated in the Swiss Alps. However, once he gets there, things take a turn for the worse. From what you can see from the commercials, Lockhart doesn’t get to just zip in and zip out; that wouldn’t really make for much of a story. While trying to find Pembroke, we learn how much water plays a part in the “treatment” offered at this center. We see people in water aerobic classes, going into these saunas, swimming and of course, drinking it. And drinking it. And drinking it.

Later, Lockhart ends up getting to meet Dr. Volmer, the doctor that runs the wellness center. Dr. Volmer offers him some water while they chat, and even though it was at the very beginning of the movie, I was already like, “No, man! Don’t drink that!” Part of it could have been because the guy that plays Volmer plays Lucius Malfoy in the Harry Potter movies (for you HP fans out there) and I know how shady he is. But also, it could be that, I don’t know, everything that’s wrong with the wellness center is pretty much presented to you within the first five minutes of arriving there. But anyway.

After learning that getting in contact with Pembroke would be harder than he had thought, Lockhart decides to head back to his hotel. But on his way there, he gets into a car crash and ends up waking up with a broken leg at – you guessed it – the wellness center.

So now Lockhart is a patient and we have our story going. During his time there, he discovers all of the secrets behind the wellness center, causing trouble every step of the way.

In all honesty, although it wasn’t 100 percent what I was expecting, overall, it was a pretty decent movie. If you’re one of those types of people that pays attention to detail, the movie could be considered pretty predictable, but the story is still pretty decent. Long, but decent. Plus, there are quite a few cringe-worthy moments to keep the thrill factor going. Some of it’s pretty cheesy, but I definitely got my cringe on.

While watching the movie, you’ll notice that no one ever gets visitors. While there appears to not really be anything wrong with the people physically, they’re all lonely. No one cares about them. If they were to die, no one would come looking for them. You can tell that everyone was successful at one point, but now that they’re at the end of the road, it doesn’t matter. They all got so caught up in their success and whatever would benefit them that they didn’t actually live. They didn’t experience anything. They didn’t love. And that, I believe, is what makes them sick people. They’re loneliness.

Anyway, if you enjoy being creeped out and picking themes apart, this is definitely the movie for you.