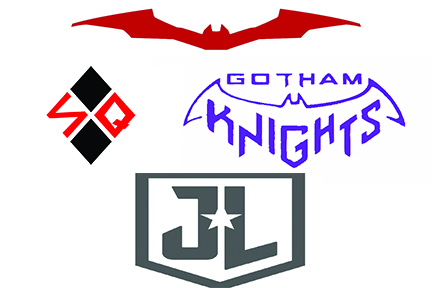 With the pandemic having a mass effect on the entertainment industry, many studios and projects had to shut down or delay releases. However, studios are now starting to come back with long-awaited projects fans have been anticipating. The past couple weeks, DC Comics has had a plethora of new trailers for movies and video games.

“The Batman” is the new film in the upcoming surge of DC films not attached to the previously established DC Extended Universe, which includes titles such as “Batman v. Superman,” “Man of Steel” and “Justice League.”

We finally get glimpses of the characters Gordon, Catwoman, Penguin and Batman.

Many fans have already begun speculations over the film, including one fan supposedly having already solved a puzzle left by the Riddler’s card in the trailer.

There has been positive comments made about Colin Farrell’s prosthetic makeup for the character Penguin. The character is a large person and many thought it was odd casting since Farrell is thin. Luckily, the makeup makes up for it.

“Gotham Knights” is a new video game based on the side characters of the Batman storyline. Playable characters will include Batgirl, Red Hood, Nightwing and Robin.

Not much is known about the story other than it takes place after Batman’s supposed death and it’s up to the side characters of Gotham to defend the city.

Theories circling the internet suggest that the Court of Owls might be the main antagonists of the game due to their brief appearance.

It is an open world, third-person role-playing game with a release set for some time in 2021.

The game was developed by WB Games Montreal and will be available on Microsoft Windows, PlayStation 4, PlayStation 5, Xbox One and Xbox Series X.

It is set to be the original cut of Justice League that Zack Snyder had envisioned for the 2017 film.

Back when the movie was in its production phase, Snyder had lost his daughter in an accident, leaving executives at Warner Bros. to hire Joss Whedon to complete the project.

Over the years, the change in directors caused a small uprising on the internet, creating the #ReleasetheSnyderCut hashtag.

It became so popular that even the actors in the movie such as Gal Godot and Jason Mamoa published tweets using the now famous hashtag.

“The Suicide Squad,” unlike “The Batman,” will take place within the DCEU and will be a reboot of the 2016 “Suicide Squad.”

From the sneak peek alone it appears director James Gunn has put his heart and soul into the project, saying, “This has truly been the greatest, most exciting journey of my life making this film.”

Actor and actresses Jai Courtney, Margot Robbie and Viola Davis reprise their roles from the previous film, as everyone else in the cast has been recast or has become a new addition. Those include Idris Elba, John Cena and Taika Waititi.

Director James Gunn was previously attached to the Marvel Cinematic Universe in his two “Guardians of the Galaxy” movies. Many fans are hoping for an R rating so he can go all out with his vision instead of a limiting PG-13 rating.