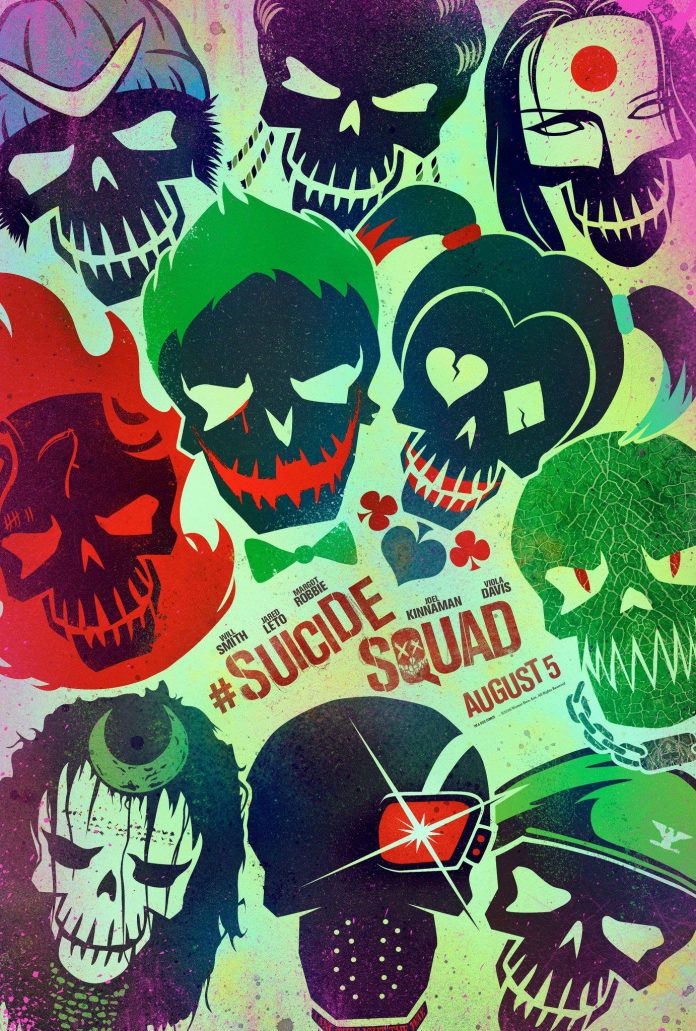 To begin, I must mention that this film was certainly not what I had hoped for. When I saw the first trailer, I was instantly hooked. But when the film finally came to theaters, and the negative reviews started showing up everywhere, I held out hope. Because many of those same reviewers ripped Dawn of Justice to shreds, yet I loved that film, but acknowledged its shortfalls.

Sadly, that scenario did not play itself out again with Suicide Squad. Much like how the other reviewers have explained, it was just a jumbled mess of chaos. I could not identify any form of a cohesive storyline. I feel like the filmmakers tried far too much to pander to those who just wanted to see explosions that they neglected to incorporate any form of flow from scene to scene.

BUT I didn’t quite hate it as much as everyone seems to. While I have many complaints, this movie also produces many questions that I hope will be answered soon. Such as “Who is the Joker?”

His character was one of the best in the film… Yet he was in it for about five minutes. The trailers used the fame of The Dark Knight’s Joker to pull people into this movie with hardly any Joker in it. Be that as it may, his character was one of the most intriguing characters. Jared Leto’s acting had moments that made me die of anticipation for his next scene. Although not much like Heath Ledger’s iteration of the iconic villain, it convinced me that this was a man who truly has a serious problem. The “prettier” Joker makeup on Leto, while some dislike it, was actually quite well-done. It made me think of a mob boss who appreciates the finer things. And as you see even from the trailers, he covers himself with diamond rings and drives a purple Bugatti. Yeah, he likes nice stuff.

But his character was sadly one of the only redeeming parts of this film. Will Smith was good, but basically he was Will Smith doing what Will Smith does best… Which is act like Will Smith. It really didn’t seem like he was trying to be any form of new character that he hasn’t already played.

But stop listening to me and watch it for yourself.