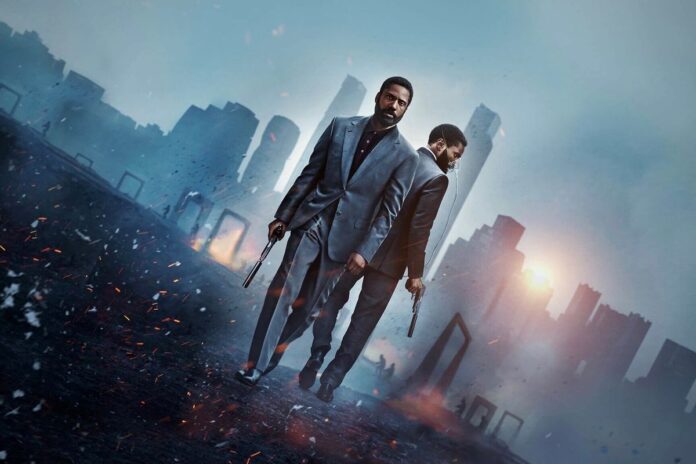 Has the COVID state of entertainment left you wanting? Are you tired of the small-scale reality shows like “90 Day Fiancé” and wish for the return of the action blockbuster? Well, Christopher Nolan has ushered theaters back open with his action opus “Tenet.” Summer blockbusters have been looked down upon in recent memory and for good reason.

Summer after summer has shown us superhero movie after superhero movie, sequel after sequel, leaving little room for an original large-scale film. Nolan, however, has fought against the entertainment trend of adaptations since “Memento” released in 2000 and with “Tenet” it seems he has practically perfected the thinking person’s blockbuster.

While still being quite possibly his most flooring action achievement, “Tenet” does present some of Nolan’s filmmaking quirks, including having characters walk through admittedly beautiful locations to explain the plot. Despite this, the inner workings of “Tenet” are so fast paced, intricate and baffling that I welcomed any information the enjoyable Robert Pattinson provided in such scenes. My only other negative for the film is Nolan’s trademark deafening score, thrown in at any possible moment at maximum intensity.

On the plus side, John David Washington’s character The Protagonist might not have a name, but that doesn’t stop him from delivering a simultaneously fun and increasingly engaging performance. Pair those with Kenneth Branagh’s perfectly villainous Andrei and his trapped wife, Kat, portrayed compellingly by Elizabeth Debicki, and you have a dynamite cast that never once feels anything outside of excellent.

The film may be two hours and 40 minutes, but you wouldn’t be aware of that unless you timed it, because this plot explodes right at the start and does not let up. “Tenet” delivers heart-pounding action sequences one after another with purely divine practical effects. Not once does any of the “inversion” feel fake.

From reverse high-speed chases to hallway fights between people going forward and backward in time, Nolan’s team floored me with every sequence. Early on, The Protagonist is told, “Don’t think. Feel.” This is my advice to anyone who wants the best theater experience of the year. Sit back, relax as much as you can and don’t think, feel the experience that is “Tenet.”