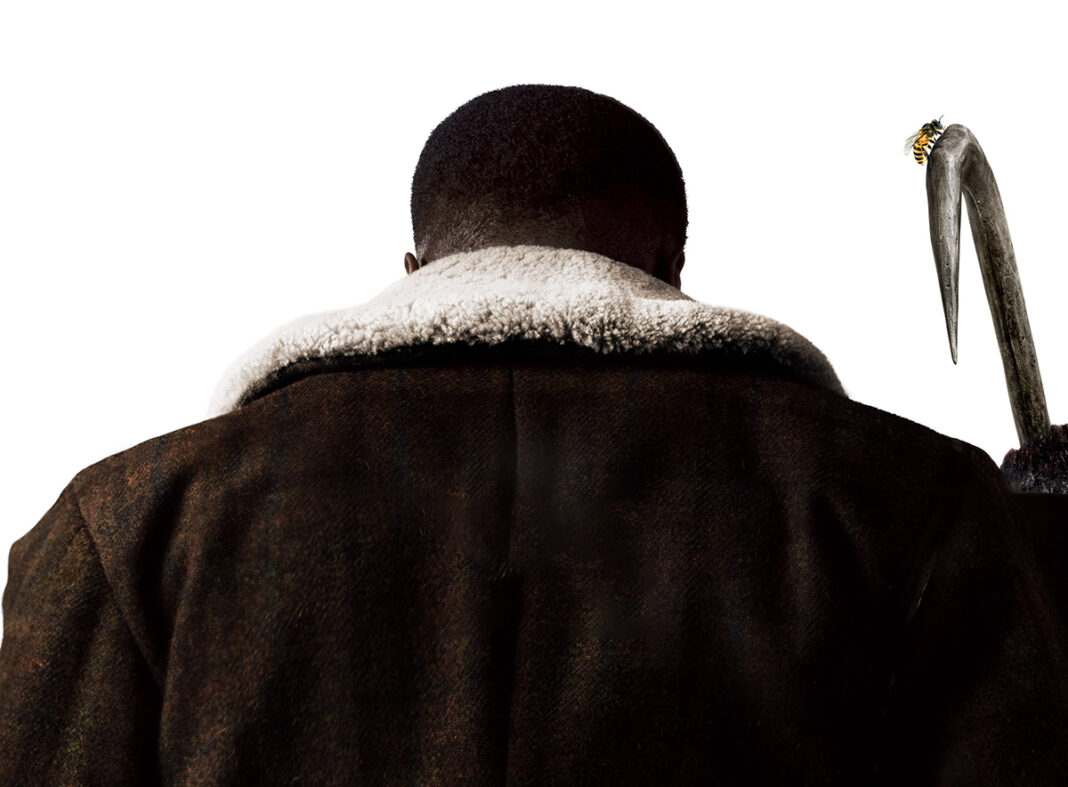 Bernard Rose’s 1992 adaptation of “Candyman” is one of the most understated movies in modern horror, putting vast stores of faith into its audience. It never outright states its thesis, nor is it satisfied with straightforward scares. It even goes out of its way to infuriate a modern horror consumer with its extremely low body count of one on-screen death, maybe two depending on how you count it. The cinematography is gritty and creative, perfectly drawing you into the realistically dark world this naïve grad student is attempting to unearth. Everything works in tandem to tell a grounded, thought-provoking horror film, down to the usage of said real bees bred exclusively for this movie. In fact, “Candyman” himself, Tony Todd, negotiated a $1000 per bee sting per diem, resulting in a $23,000 paycheck to suffer through the stings necessary to use practical bees. This level of care, tact and couth are all completely absent in Nia DeCosta’s 2021 sequel of the same name.

“Candyman” 2021, besides having an infuriatingly confusing name, isn’t a complete loss. One of the few highlights is the cinematography. It doesn’t hold a candle to Anthony B. Richmond’s in the original, but the movie is very pretty. I was never wowed by a shot, but it is a slick, visually pleasing movie, akin to some of the above average Marvel faire.

Another highlight are the kills and gore effects shown off in the film. Some solid body-horror makeup work does deliver some squirm-in-your-seat grossness toward the end of the film. The kills are somewhat creative, but nothing in the film comes close to hitting as hard as the doctor’s office kill in the original. One could assume that the filmmakers knew these effects were their strongest point, especially when characters more annoying than multiple bee stings are shoehorned in just to be killed on screen, as if this is an 80s “Friday the 13th” sequel.

That is where my compliments for this 2021 “Candyman” end. Besides the actors being conventionally attractive, everything else in this movie gave me a headache. But the real culprit here is a wildly confused script. “Candyman” 2021 never feels like it knows what it wants to be. It feels more like three kids sitting on each other’s shoulders in an attempt to buy beer from a gas station. It wants to be a creative sequel to the 1992 original, while also trying to be a general crowd-pleasing Halloween killfest, while also trying to be the next horror movie that’s saying something, a la “Get Out.” Which is ironic, because one of the three screenwriting credits goes to “Get Out’s” writer and director Jordan Peele. But unlike “Get Out,” “Candyman” 2021 has zero trust in its audience and even less tact when it comes to bringing up social issues.

To discuss this lack of audience faith, I have to get into a little spoiler territory. You have my apologies. There are several points where you’re supposed to be at bay of the film’s mystery of whether or not the main character is committing the multiple on-screen murders, even though you’re being outright shown that a supernatural entity is committing these murders. Then the ending of the film attempts to subvert the supernatural element in one of the most bafflingly handled finales of the year, only to be subverted again by the time the credits roll.

Nothing in this movie is up for interpretation, even its socio-political beliefs. This movie is obviously trying to tackle issues like gentrification and Black victimization at the hands of police, but it is about as subtle with that messaging as a Donald Trump speech. Characters speak in ways that are trying so hard to be hip and now, they might as well say, “How do you do, fellow kids?” “Candyman” 2021 reminds me of 2019’s “Velvet Buzzsaw” in that these are two movies that attempt to take potshots at the art scene, only to end up shooting itself in the foot in the process.

There are several far better horror movies released in 2021 to watch this Halloween season. “Malignant” is so wild, you can’t help but sit back in shock at what it has to offer. A24’s latest surrealist horror, “Lamb,” may not be in Tyler, but it’s certainly among the production company’s strangest releases. Which is saying a lot considering A24’s track record. “Censor” has flown under practically everyone’s radar, even though it’s a horror film so well crafted, I’m having a hard time not putting it in my top five for the year. Any of these films have so much more to offer than this one. But, if you want an entertaining enough scary movie to watch with some friends for Halloween, but not actually pay attention to, then you might be able to get some level of enjoyment out of this new “Candyman.”