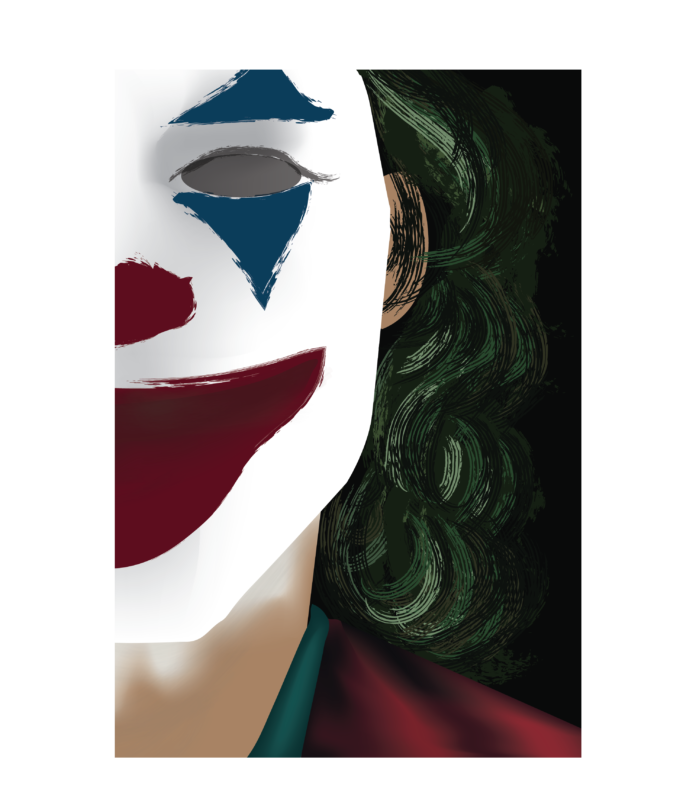 Ever since its debut at the Venice Film Festival “Joker” has been considered a modern masterpiece by many people who watched it. Many where calling it a mixture of “Taxi Driver” and “The King of Comedy,” which are both movies created by filmmaker Martin Scorsese. They were also giving a lot of praise to its lead, Joaquin Phoenix, saying it’s possibly one of the most unsettling performances given by an actor in years. With all of these thoughts in mind entering the theater, I had some high hopes. I walked out with my expectations not met, but surpassed.

This movie is marvelous. When it comes to films and the way they tell stories, this is everything a film lover could hope for. Phoenix is mesmerizing in the role of Arthur Fleck, a very troubled man who is struggling to make sense of his life that eventually leads him to a path of crime. Though his character is awkward in his social interactions and time spent by himself, you can’t help but feel sorry for this man who’s just being beaten down by society every day. There is an Oscar buzz going around for his performance and it’s totally warranted. Phoenix consumes the screen whenever he’s on it, which is luckily the entire movie

Since this film was based on the legendary comic book villain a lot of people were hoping for the moment Arthur Fleck transforms into the Joker to be a great feeling, but it wasn’t a change the audience wants to root for. The filmmakers wisely made the decision to make the character not necessarily likable but understandable. One can understand why the Joker makes the decisions he does but the film doesn’t glorify his decisions. When one watches his character arch throughout the movie, there is a sense of dread because you don’t really want him to break mentally. This decision, however, makes this an excellent character study and cautionary tale.

The other great aspect of the film is its pacing. This is definitely a slow burning movie but it’s never boring. Watching Arthur Fleck from where he was in the beginning to where he ends up is a complete 180 transformation.

Throughout the movie, one can tell this man is just like a ticking time bomb, and when the boom explodes, no one will be safe.

Todd Phillips, the director, also deserves a lot of praise. This is an amazingly shot and told story. This is by far his best film to date and that was my biggest concern going in. If the Joker was going to get his own feature film, it needed to be a very character-driven movie. The fact that Phillips’ most character-driven film prior to this was “The Hangover” movie raised huge concerns. Not to disrespect that film, but it’s not a high art film. However, Phillips has proven himself to be a director with amazing talent, and I can’t wait to see his next project.

Another amazing aspect is the cinematography. The color pallets and framing of this film really get one into the tone of this depiction of Gotham City. Though this film has a dirty and cold exterior, it does have a solid heart at its core.

As far as negatives go, I have only minor nitpicks. If anyone has seen the film “Taxi Driver,” they will know that a lot of “Joker” takes inspiration from that — at times a little too much. Sure, all stories borrow from other stories, and it’s not to say that this movie isn’t its own thing, but one can easily see that “Joker” has kind of blueprint layout of that movie. There is also a song choice toward the beginning of the third act that I felt was a little cheesy. It was kind of a bigger moment in his transformation and it took me out of the moment a little.

Another issue is a first-viewing problem. There is a certain side-plot involving a character, and as far as a narrative, I wasn’t sure where it was going, which isn’t necessarily a bad thing for movie to do but it felt like it was pushing on the breaks a little. However, once it is revealed why that storyline was included and as revelations begin to unfold, it added a lot more to Arthur Fleck’s character and the story as a whole.

Other than that, this is a solid film with a relevant message in today’s day and age. There is a massive controversy surrounding the film and its depiction of violence and mental illness. To me, the controversy is really blown out of proportion. Many comic book films, such as “Logan” or “Deadpool,” were much more gruesome than this. However, this movie can make someone think of the thoughts going on in individuals they sit next to in class, walk past on the street or see eating in a restaurant. Who knows, all it can take is one bad day.