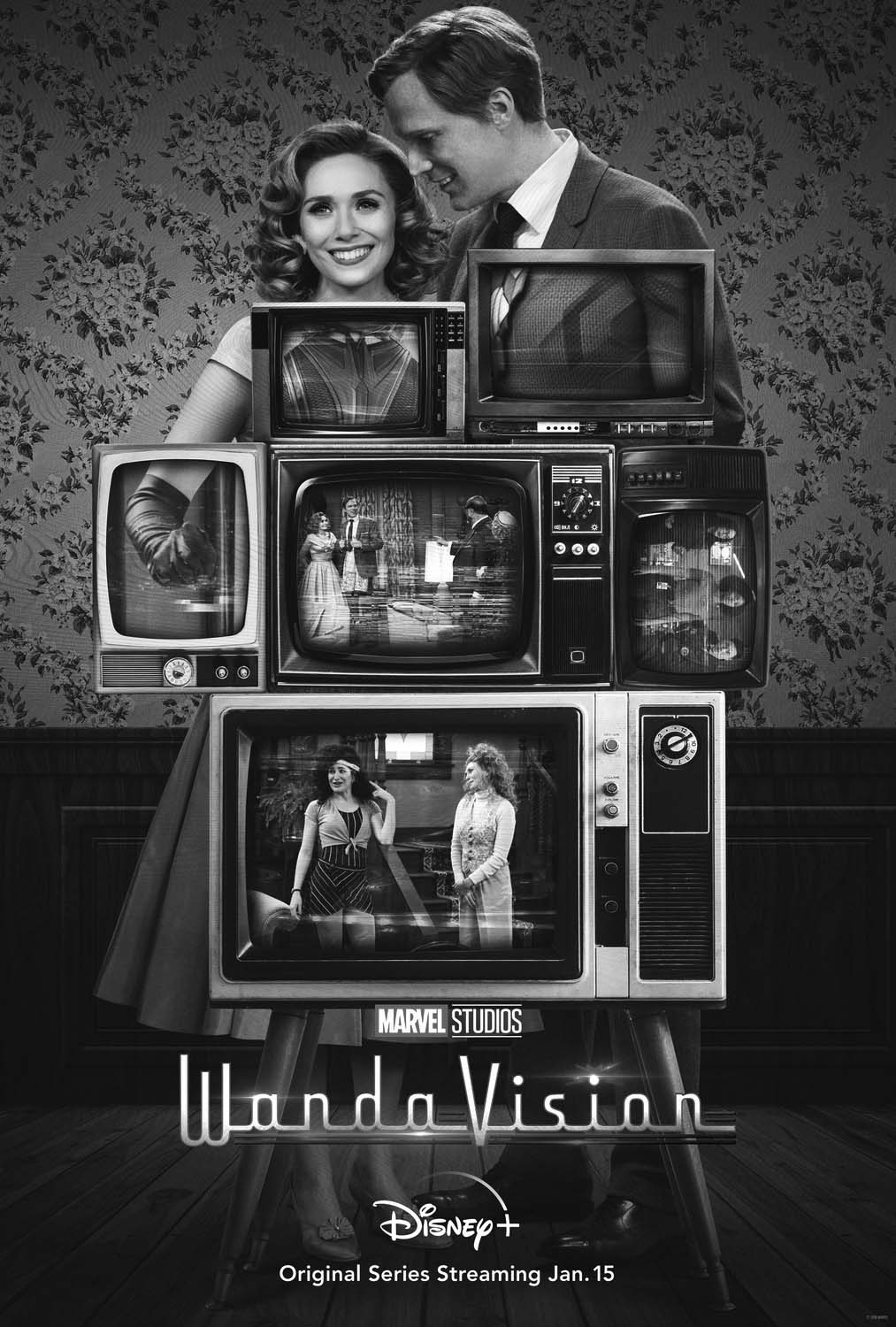 Due to the nature of the show, I will talk about spoilers. So, dear reader, you have been warned.
“WandaVision” is a new show on Disney+ starring Elizabeth Olsen and Paul Bettany as, well, Wanda and Vision from the Marvel Cinematic Universe. In the first couple of episodes, the two appear to be in iconic sitcoms mimicking shows from various decades such as “The Dick Van Dyke Show” all the way to “Malcolm in the Middle.” The audience has no clue why they are in this television reality, but we know something’s not right.
The crew behind the camera does an exceptional job at recreating the show’s reflective of the time period. Even going down to get the correct aspect ratios and sound mixing to make it feel authentic.
This show has gathered a lot of attention online with people giving mixed reviews. While I don’t think the show without its faults, I think some of the criticism is harsh, such as fan theories not coming true and typical CGI extravagant climaxes. For me, this was the most invested I’ve been with a Marvel property in a while.
First, this is by far the best Olsen and Bettany have been with their characters. Both of them were required to give a lot of emotion to certain scenes, and they nailed every challenge. Olsen especially impressed me. Episode eight is where she really got to shine when Wanda faces the reality of why she was controlling Westview. These moments led to gutwrenching scenes in Wanda’s past and present.
The final episode has without a doubt been the most controversial episode mostly due to the climax being a typical big CGI fight between Wanda and Agatha, the show’s “antagonist.” While I did think it was a little underwhelming due to this show being so different than anything Marvel has done, I don’t think it ruined the entire show like some people online have claimed.
There was also anger surrounding the casting of actor Evan Peters who was Quicksilver in Fox’s X-Men franchise, into this series only to find out the show doesn’t crossover into the X-Men. The casting was made as a red-herring. This didn’t necessarily get to me, but I can understand the frustration among diehard Marvel fans. It felt like the same thing with the Mandarin character in “Iron Man 3.”
My only complaint is Agatha. While actress Kathryn Hahn is exceptionally charming in her villainous role, I felt her storyline took away from what could have been a more personal story with Wanda. The whole story is about Wanda having to accept her losses throughout her life, from her family to her lover Vision. It could have been an internal psychological battle serving as the climactic battle.
I am not the first to suggest this and I won’t be the last, but Wanda is kind of a supervillain in this series. She goes to a town and mind controls everyone into playing along in her TV fantasy and mentally scars them for life. Not to mention the hundreds of government agents she’s hurt, as well. I know she lets them go and leaves to be secluded by herself in the end, but she has some serious crimes on her hands.
The real heroes of the story; however, are the three S.W.O.R.D. agents: Monica, Jimmy and returning character Darcy, who was just delightful by the way. Throughout the show, they are trying to find a way to save the citizens of this town without trying to kill Wanda because they know she’s a good person deep down. While I believe they were a little less interesting than what was happening with Wanda, I don’t think they should be getting the backlash they have, which was them being a grinding halt to the pace of the show, which they weren’t. Their interactions are fun to watch, and it was fun seeing them do whatever they needed to help Wanda.
While “WandaVision” is a little weak in some areas, it is still an intriguing show to watch. Every week I ended each episode with a groan of frustration because I wanted to see the next one so badly! If Marvel continues to put out weird and experimental ways to tell their stories, consider me 100% back into the MCU.