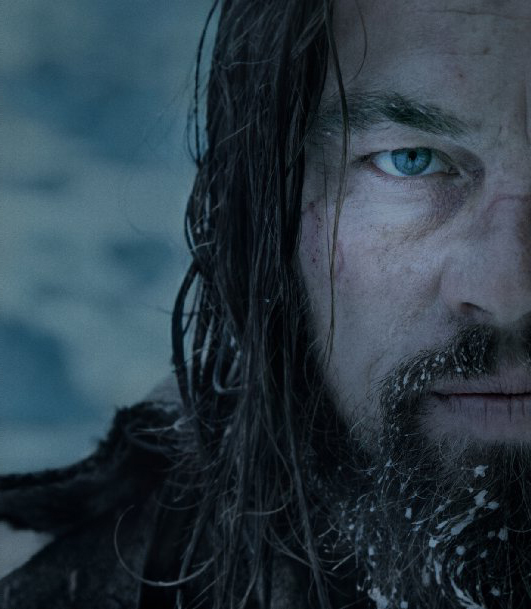 People are losing their minds over this movie, apparently. The reviews (crazed ramblings, more like) about this movie were of the most passionate, ardent reviews I’d seen since Whiplash- a movie which I also lost sanity over, so I was hoping The Revenant would put me in an institution.

Plot: So, the premise is that Hugh Glass (Leonardo DiCaprio) is a frontiersman in the 1820s who must fight for survival in the North American wilderness and avenge his son’s death… Oh, and he gets the living hell beaten out of him by a grizzly.

My Lovely Opinion: First of all, it certainly wasn’t a bad movie. The acting was DEFINITELY one of the good parts. In fact, the acting was some of the best I’ve ever seen. It’s like the actors were heavenly angels sent from the skies to perform in this film.

The next thing I liked was that this movie didn’t simply stick to the basics when it came to cinematography. It wasn’t ONLY an action movie, nor was it strictly a dramatic movie. It had bouts of fighting – both humans and bears – mixed in with eye-candy shots of the Canadian and Montanan scenery. In one minute, you’d be staring at a majestic snowy landscape, and in the next, you’ll be observing bloody Canadians screaming and stabbing a bear, and the bear would be responding with “RAWR, EH!”

Now let’s briefly talk about the parts I didn’t care for. The plotline was kind of basic. Son gets killed, the father sets out in an attempt to avenge son’s death, [insert some spoiler material], the end. It was such a plain, ordinary idea for a movie dripping with so much potential. Lastly, I know I’ve mentioned the whole bear thing a lot, but it was a pretty important event in the film- an event which was simultaneously awesome yet also painfully disappointing at the same time.

The awesome: It was a freaking bear attack.

The disappointing: The CGI (the not real things) was… Alright? I guess? It just wasn’t as sanity-destroying (yes, it’s good when a movie destroys my sanity. It helps with the voices.) as people claimed it to be. Don’t get me wrong, it wasn’t opening-scene-of-Age-of-Ultron kind of bad CGI, it was good… enough. I wish the Ultron animation should have corrupted Joss Whedon’s computers.

My, look at all of that digression.

In conclusion, I’d give The Revenant a 5 out of 7. In my mind, that is almost a perfect score.

When you come up to the ticket booth, just say “One ticket for The Revenant, eh?”