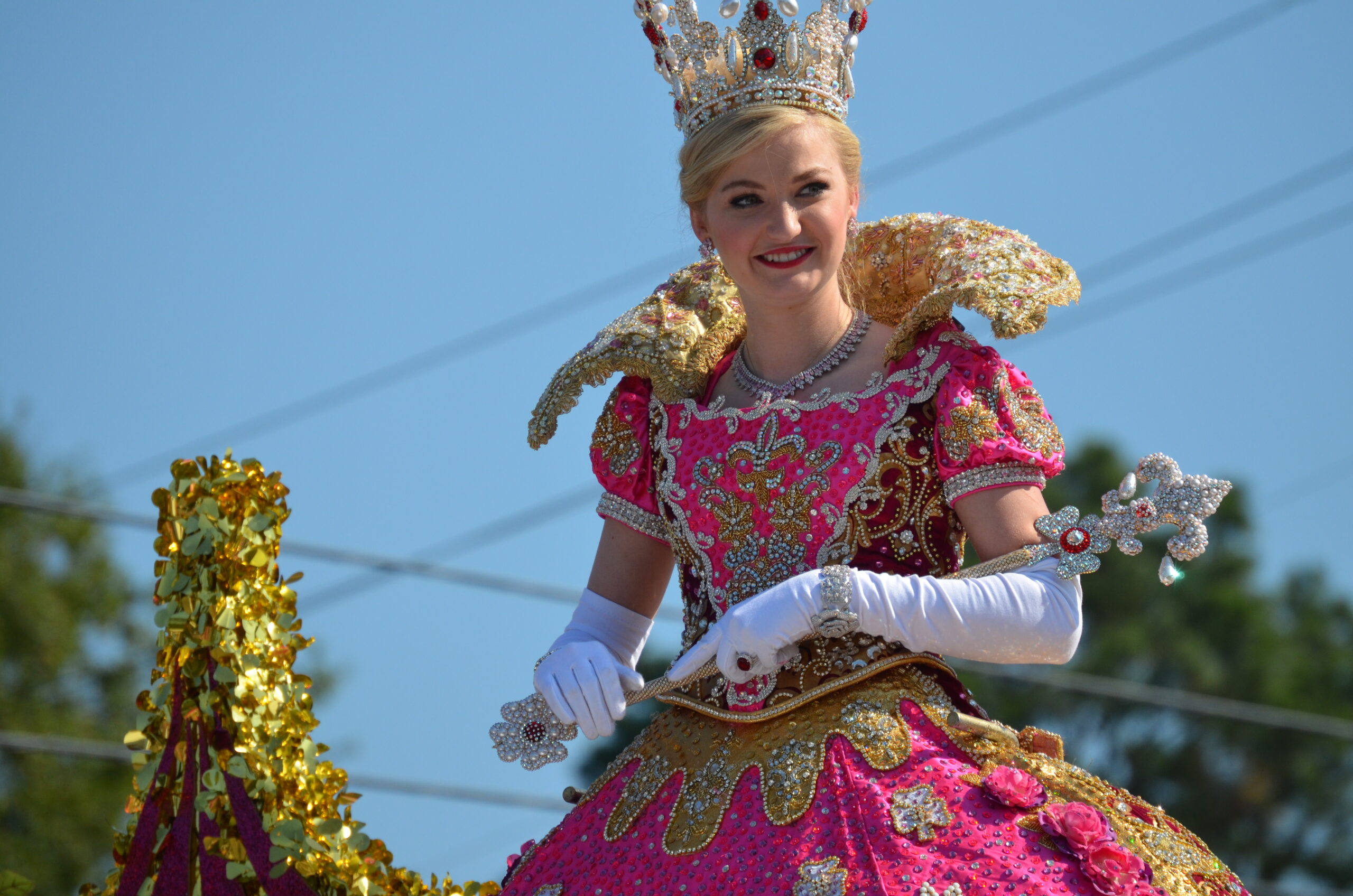 Before sunrise on the saturday of the parade, tired and eyes barely open, the CBS 19 operations crew was already on site to begin set up for the 81st annual Texas Rose Festival Parade. They are running on about two to three hours of sleep, having to do their regular News at 10 show and ET Final Score the night before. Finishing their night shift at 11:30 pm they left to struggle to sleep knowing they’ll only have to awake in a few hours.
Running hundreds of feet of cables and setting up stages for the talent to broadcast from, their day had to start at 4:30 am. Finishing set up at around 7 am, they took a break and waited to begin filming their live broadcast of the event. The final pieces of the morning included microphone checks, camera check and headset checks working out any possible kinks. Fortunately for everybody, no major problems held them up.
The crowd began to start picking spots as early as 6:45 am and filling the street up until the start of the parade.
Sitting or standing, smiles and laughter filled the morning air as the sounds of the bands practicing for their march.
No doubt that Tyler, Texas was the location for the parade. The dress attire of most was cowboy boots and hats.The older southern belles were out with their big hair and red lips with rhinestone purses hanging off their shoulders.
At 9 am, CBS 19 began their coverage with TJC Alumni President Doc Deason, CBS This Morning host Dana Hughey and special guest host Jonna Fitzgerald. People crossed the streets back and forth waiting in anticipation for the parade to cross into their view and once the parade began, children and adults alike smiled and waved as the floats and bands passed by.