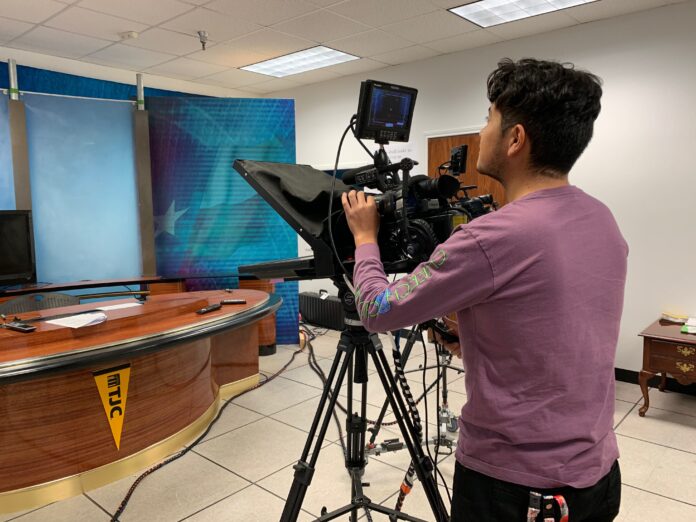 Gerardo Morales Jr. adjusts the camera on his tripod with anchor belts, making sure it’s in place. He directs his actor to stand in place and reminds him of the cues they practiced. Morales returns to the camera and readjusts the angle to assure it has a close up of the actor. The scene has to be perfect. Everything must be in order before anything can be shot. Morales makes any final altercations needed to his camera before recording. Finally, he raises his arm and holds out his hand so the actor can see it. Morales lowers each finger on his hand as he counts in his head: 5…4…3…2…1