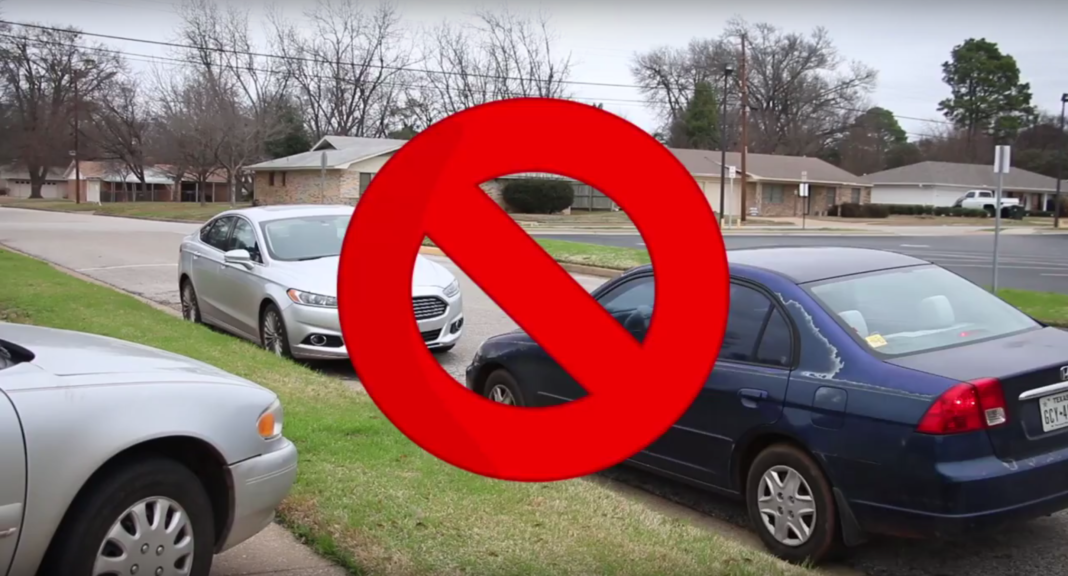 Illegal parking seems to be a re-occuring event that students are being penalized throughout the campus.

An anonymous homeowner, who lives near the campus, informed TJC’s provost that a student vehicle was blocking their driveway.

Provost and Vice President of Student Affairs, Juan Mejia, said he loves the students and thinks they are absolutely heroic for all their hard work. However parking in prohibited areas is a problem that must be controlled. Many students are receiving tickets for violating different parking rules.

“We would like to start a campaign, working with our student organizations, that gets our students to park in the appropriate spaces. And also to be respectful of anyone that’s not a part of the college.” Mejia said.

Some students park off campus or in nearby neighborhoods, but campus police are still authorized to issue city of Tyler tickets if a students vehicle is illegally parked off or near campus.

Director of Public Safety, Brent Chambers, backs up this proceeding issue by saying that students need to take personal responsibility of their actions.

“You know those are state laws. You can’t park where your not supposed to,” Chambers said.

The majority of the students receiving the tickets say they don’t mean to cause danger or inconvenience. Often they are rushing to find parking to get to class or because they can’t find enough open spaces in the designated parking lots.

“I parked in front of somebody’s house. But the thing about it is, the house was for sale, so that’s why I parked in front of it thinking I wasn’t gonna get a parking ticket. I talked to some of the people and they said that we can park there, but they say to leave like a space so they can park their car, but then the city still gives us tickets,” Williams said.

Brent Chambers explains that if a student receives a ticket that they don’t think they deserve, there is an appeals process. When they go in to pay their ticket they can fill out a document and if their reason is valid enough the community either approves or disapproves it depending on it’s validation.

Examples of what not to do when you park include: parking parallel on the wrong side of the road, parking in handicap unless permitted, parking in front of fire hydrants, taking up more than one parking space, and especially for students, make sure to have a TJC parking pass, and do not park in the faculty parking lots.