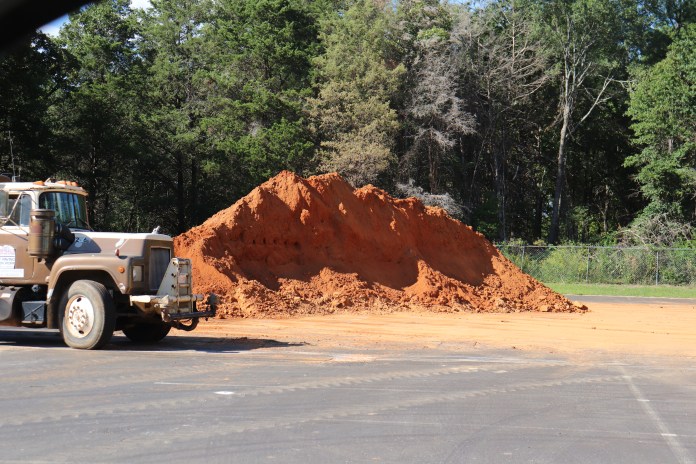 The Ornelas Health and Physical Education Center is no longer open for public use. Once a facility for all TJC student workouts, the building has become a practice space for the Apache Belles and Band. Instead, students are encouraged to take their workouts to the new Apache Recreation Center, a few blocks from the main campus.

“OHPE, if you’re speaking of the one next to Wagstaff Gym, that’s no longer a gym. It’s a Belle and Band dance studio,” Director of Facilities and Construction Mark Gartman said.

The location change from the OHPE to the rec center took place this past summer, though plans and construction have been in the works for years, according to Heath Stoner, the director of the Apache Recreation Center.

While the OHPE building is no longer open to all students, that doesn’t mean the students no longer have a workout space. In fact, renovations of the Apache Woodlands, as it is called by some, have been completed to a point where it is open for student use.

The rec center now holds all the same weights and machines the OHPE did in their own cardio and weight rooms. According to Stoner, he sees this opportunity as a way to increase the activities for students.

Heath Stoner said, “all the equipments out here, it’s all the same as it was over there.”

With the new center comes new opportunities. A full disc golf course has already been constructed and is being used by the Apache disc golf team. In addition to the course, there are plans for two outdoor basketball courts.

The grand opening is slated sometime mid-October, though some supply chain and permit issues may push it to the end of the month instead.