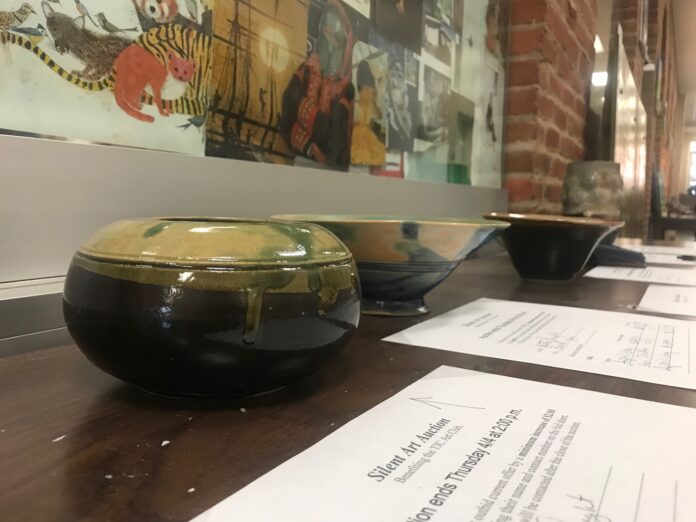 This April marks the 5th annual Art Festival to be held at TJC. This festival is a collaboration between various departments at TJC such as art, music, theater, speech, dance and visual communications. The festival also works with The Bell Tower Arts Journal,” International Day, and the Tyler Museum of Art.

This year’s festival will have plenty of events for TJC students to enjoy. There will be a new addition to this year’s festival lineup. TJC will have a street fair from 3 pm to 9 pm, Saturday, April 27, in TJC’s Cultural Arts District along Mahon Street. The family-friendly event will feature music and theatrical performances, workshops, dance, art, and food. Admission into the event will be free.

There have been news events added to the festival every year such as the street fair and a new set of events ran by the TJC math department. The math department will be giving a lecture about the golden ratio which is a look at mathematics in art and architecture in nature. The department will also be having a calculus contest.

The festival will also offer performances, exhibits, student film screenings, guest speakers, and more at various times and locations across the TJC campus and at the Tyler Museum of Art. All the events are open to the public, but tickets are required for some events.

Some of the featured events will include the Coffee House recital which will be held at noon every Wednesday at the Tyler Museum of Art. The Recitals features various musical groups from around TJC. There will also be a Silent Film Bash at 6:30 pm from Monday to Friday, April 8-12 in Jerkins Hall room 1109.

Another featured event is the International Day event. The event will be held in the Apache Rooms in Rogers Student Center from 8:00 am to 5:00 pm. The event will include cultural exhibitions, international music, entertainment, food fair, and arts and crafts from countries all around the world.

Student involvement is key to the festival’s success; and each year, a competition is held among TJC students, to create an original Arts Festival logo. This year’s winner was Kacey Isabella Moore, an art major from Yantis.

At the same time, TJC faculty plays a big role in making sure the Art Festival runs smoothly. A lot of work goes into planning a giant festival like the Art Festival but TJC has managed to do it seamlessly for the last 5 years.

“We start in the early fall; the committee is comprised of all the departments that put Art Fest together. We start building that calendar in late August and we finalize it at the end of October. Really it is just the different chairs and faculty coming together saying that ‘I’d like to do this’ or ‘our students want to do that’,” said Dr. Linda Gary, dean of the TJC School of Humanities, Communications and Fine Arts and an Arts Festival organizer.

The TJC Art Festival is set to make this April at TJC very exciting for many TJC students as we head closer to the end of the spring semester. For more information on the events that will be going on during the Art Festival, you can visit the Art Festival page on the TJC website.