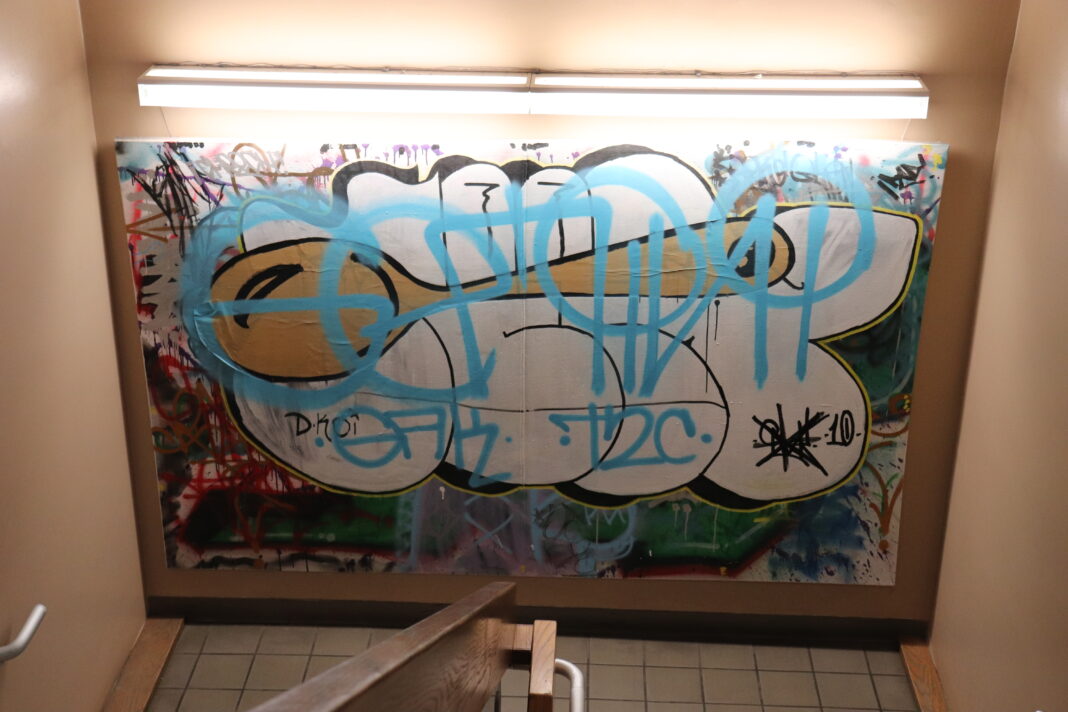 A large mural in Jenkins Hall was vandalized in October. The incident was discovered by English Professor David Dickerson, who found the scene as he was walking downstairs on Oct. 21.

“As I was coming downstairs from J225, I noticed the distinct smell of fresh paint. When I got to the landing on the stairwell nearest the Art Hall, I noted a paint can on the floor beside an art piece that lives on the wall there,” Dickerson wrote in an email. He said he then went to the Dean’s office and the art department to verify the painting had been vandalized and was not an intended addition by the original artist. Dickerson then contacted the TJC police department, who opened up an investigation and according to Dickerson “determined that someone else had tagged the art piece.”

The piece, a street-art style painting, was covered with blue spray-painted letters that spell out “GEMINI.” A blue spray paint can was found at the scene with a tag matching that of the graffiti. The head of the art department, Professor Derrick White, declined to comment on the recent vandalization.

The police were contacted at the scene by witnesses. According to the police report obtained by DrumBeat staff, officers canvased for fingerprints and interviewed witnesses, but so far, the case is suspended due to lack of evidence.