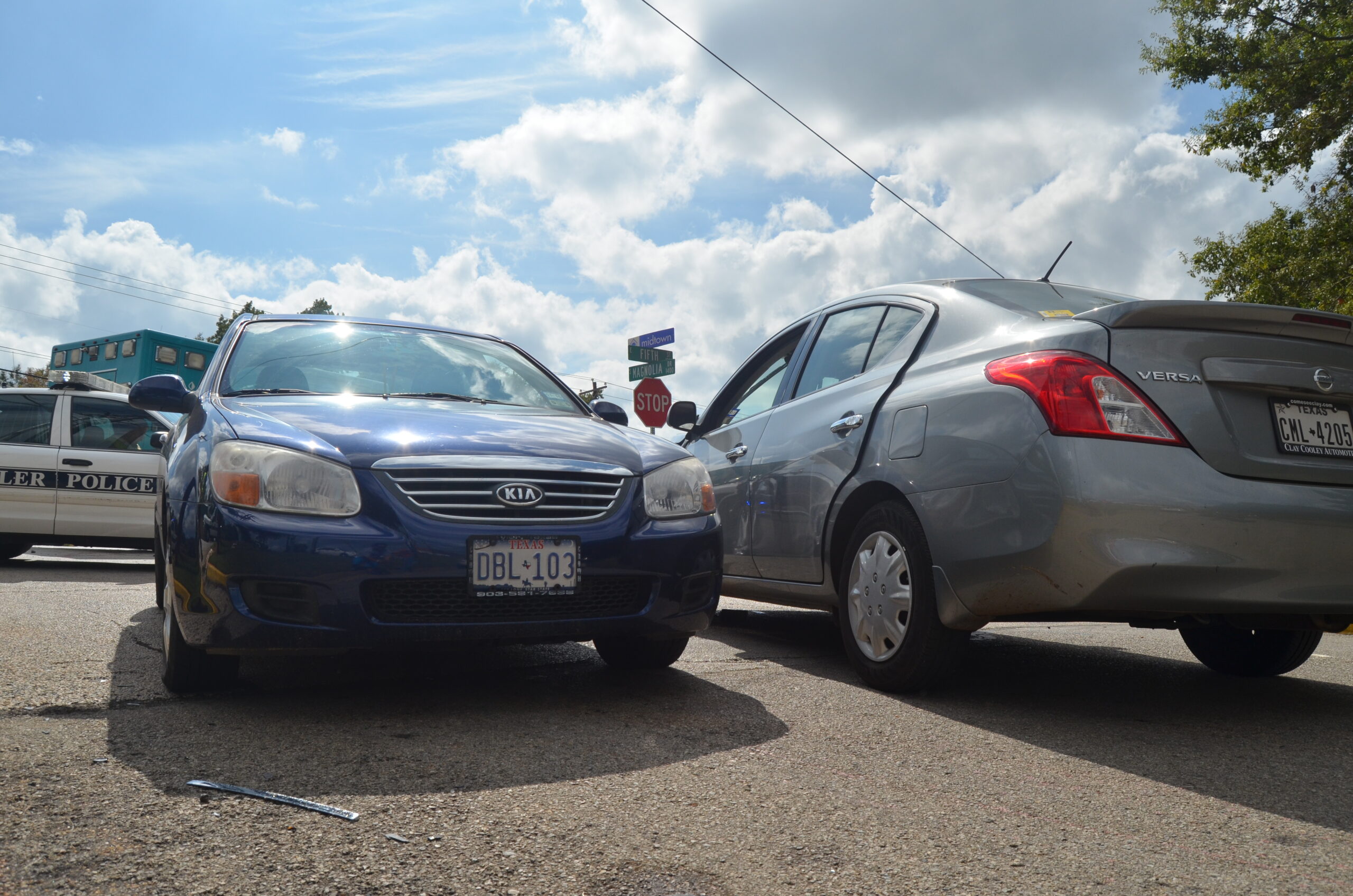 There was a three car accident today near the off-campus bookstore on the corner of Fifth and Magnolia at approximately 1:57 pm.

Andrew Martin attempted crossover Fifth Street in his Kia on Magnolia when he has hit by Jason Misenheimer, who driving a Chevy pick-up truck and traveling West down Fifth Street. The impact pushed Martin into Aliyah Maudlin, who was at the stop sign in her Nissan waiting to merge onto Fifth.

The impact of the accident turned Martin’s car sideways before throwing into it Maudlin’s vehicle. No party involved was injured.

“You know that feeling when you think you can make it, don’t trust it,” said Martin.