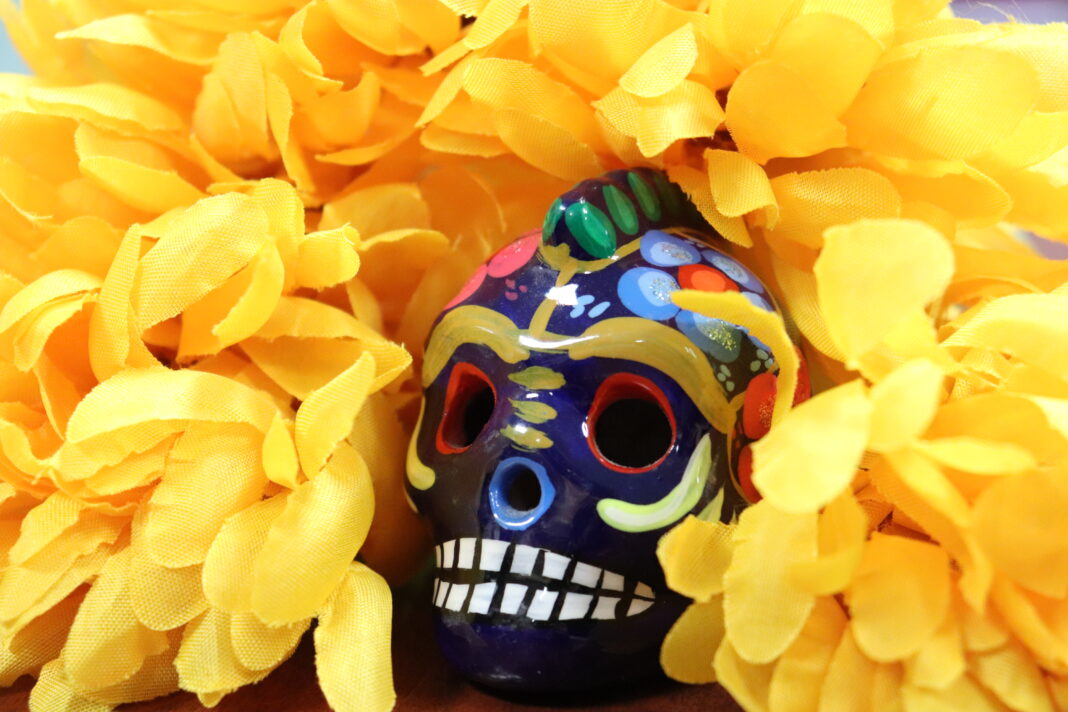 Día de los Muertos or Day of the Dead is a Latin Amercan holiday honoring the dead and is celebrated from Nov. 1 to Nov. 2. Professor Stephen Stine, a history professor at TJC, said, “Day of the Dead is a very optimistic celebration, it’s not meant to be sad or scary but a fun holiday to celebrate.

Día de los Muertos celebrates the dead and sees death as another part of life. Juanita Garciagodoy’s book “Digging the Days of the Dead”, says people “are not forgotten or excluded from recollections, prayers, or holidays because they are no longer visible,”
To the people of Latin America, sadness and mourning are insulting to the dead on Día de los Muertos, according to Professor Stine, rather than celebrating the life they lived and acting as if death has separated them completely. National Geographic says, “On Día los de Muertos, the dead are also a part of the community, awakened from their eternal sleep to share celebrations with their loved ones.”

In the weeks leading up to the holiday, merchants sell goods for the offerings of the dead to go on “ofrendas,” such as yellow and white candles, brown tallow, fruits and vegetables that are in season, and copal, an incense used in spiritual cleansing and clearing. The Day of the Dead holiday site, a website that gathers information from professors and writes on the subject, says, “The lower portion of the ofrenda is where the offerings are placed. The food will be placed here.”

An ofrenda is an important tradition when celebrating Día de los Muertos as it is where offerings are left. An ofrenda or altar is set up on tables with two levels. The top level is adorned with a colorful table cloth, photos and belongings of the deceased, candles, marigolds. Candles on the second lower level showcase offerings such as the deceased’s favorite foods, calaveritas de azúcar or sugar skulls, and traditional Latin American foods. The Day of the Dead holiday website says, “It is important to note that none of the items have a particular significance in and of themselves in general.”

During the Día de los Muertos celebration, the living get their fill, as well. In Mexico City, they host a parade for everyone to enjoy. In this parade, one will see large skeleton puppets, traditional dances, people dressed as alebrijes, which are mythical spirit guides, catrinas, as well as moving ofrendas.

Professor Stine said, “This holiday is when the veil between the living and the dead is thinnest so that it allows the dead to cross over and be with the living, so they have picnics at the graves of the deceased and celebrate them being together even in spirit.”
Dia de los Muertos is a lively, fun and exciting Latin American holiday meant to celebrate the lives the departed lived and to once again be united with their spirit.