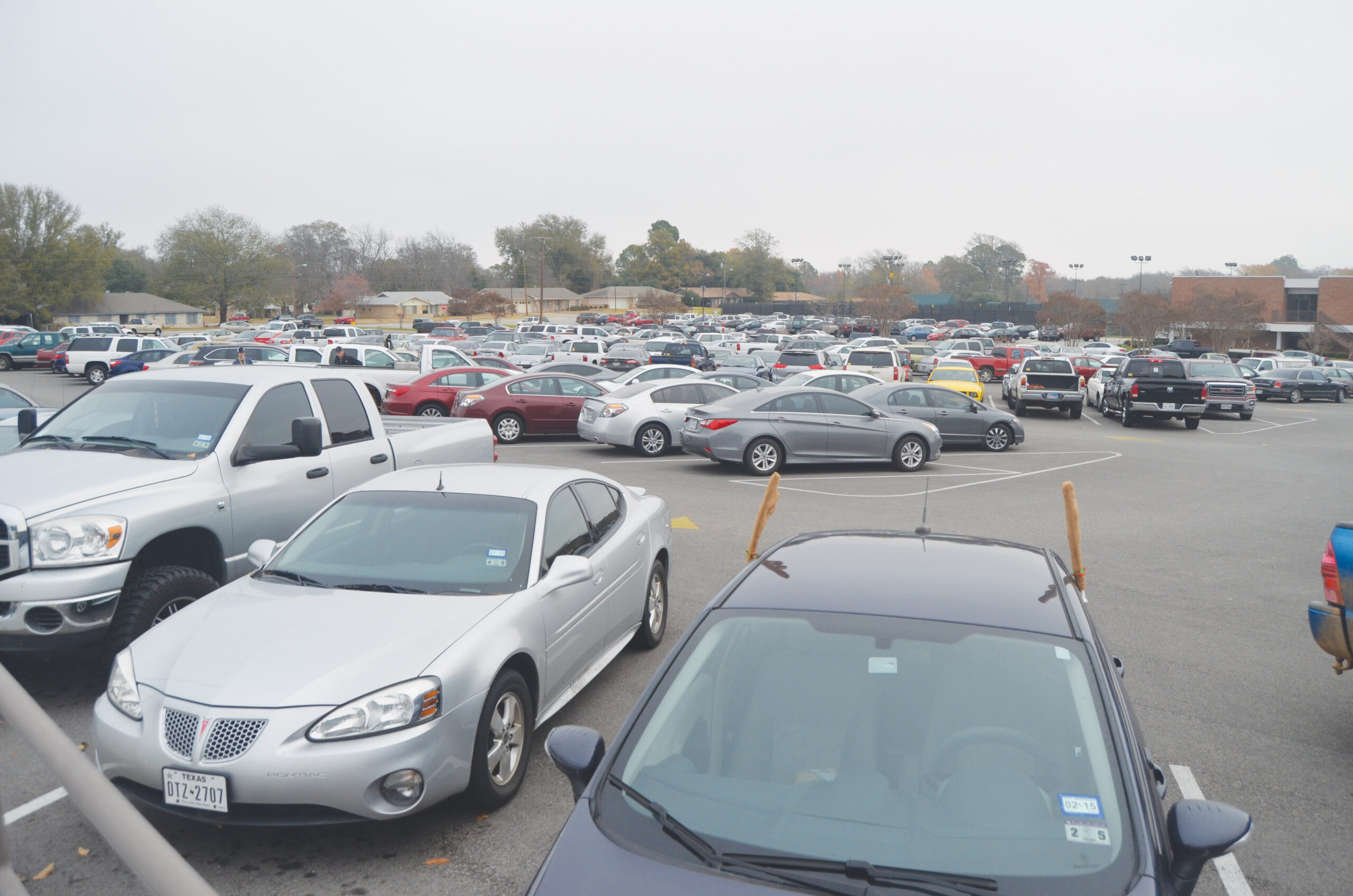 The original article, which ran on December 5, 2014, stated that TJC had a total of 3,150 parking spots and 600 were faculty. The article has been updated to reflect the correct numbers; 3,190 and 605, respectively. It should also be noted that the parking lot in front of White Administration is considered faculty parking.

Tyler Junior College is experiencing growing pains. As the school adds new buildings, such as the Robert M. Rogers Nursing and Health Sciences Center and the new dormitory, students and faculty are quickly realizing just how limited on-campus parking is at times.

On paper, the campus seems to have just enough spots for students in class during peak times. However, the school often hosts an ever changing number of students and visitors on campus at any given time.

Whether they are here for an art exhibit, planetarium visits or a basketball game, those extra bodies are taking up the limited spaces available.

According to Facilities Director Bill King, the campus currently has 3,190 total parking spaces, 605 of them are reserved for faculty and staff. In addition, campus police issued 600 residential parking permits for students living on campus, leaving those spaces almost always filled.

After those numbers are taken into consideration, the main campus has about 2,000 free spots, with the registrar’s office estimating about 1,990 students are enrolled in classes on Monday at 9 a.m., when student enrollment peaks. It should be noted that these estimates do not include the large number of street level spots around campus.

More than 1,000 new parking spots, including the Rogers NHSC lot and the new by the new dormitory, have been added since 2000, according to King.

10,639 parking permits were issued by campus police for the Fall 2014 semester.

Faculty members have had a particularly hard time finding places to park recently, due to students parking in areas designated for faculty and staff only. The parking issues increase during inclement weather conditions, leaving some professors late to classes.

Business services reports that fines assessed from tickets related to students improperly parking totaled $30,030 in 2012 and increased to $39,385 in 2013. These numbers do not include tickets issued by Tyler police for illegal parking on the street or for blocking fire lanes.

According to reports from Facilities, the opening of the Rogers NHSC will alleviate some of the congestion, as hundreds of students will see classes moved away from the George W. Pirtle Technology Center. The office of the Provost does not plan on filling those vacated classrooms until they undergo some renovations. Classes may be moved to Pirtle as soon as Fall 2015.

One possible solution could come in the form of the athletics department gaining a new softball field or a proposed plan to convert Pat Hartley Field into a full stadium. It may seem like those proposals would actually eliminate even more spots, but long term plans would have to include a large number of spots needed for the increased demand of the complexes. TJC officials say that anytime new planning is considered, parking concerns must be addressed before making their decision.

“Every time I look at a building, someone can be selling a piece of property and we can say, ‘oh man that looks fantastic for a classroom,’ but it’s not about just seeing 10 customers come and go,” said Vice President of Student Affairs Dr. Juan Mejia. “You’re looking at the possibility of 60 cars when you add faculty and students coming in and out. There are places we haven’t purchased because they didn’t have the opportunity to add adequate parking.”

While the parking issues may be frustrating, TJC officials share student and faculty concerns and are continuing work to alleviate those issues.