Dating violence is not the answer 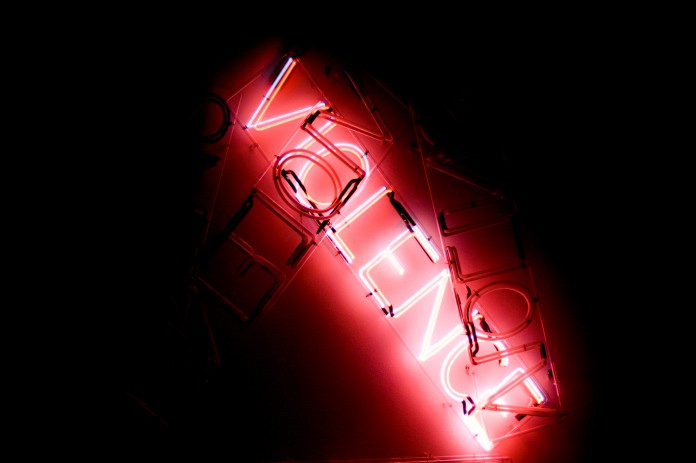 On Jan. 13, 2016 around 5 p.m. there was a police call reporting an assault in Tyler Junior College parking lot. The suspect, the victim’s boyfriend, physically gabbed the complaintant and forcibly took her phone away as she was trying to call 9-1-1. This is considered dating violence.

February is about love, but the other side of that is dating violence. According to www.futureswithoutviolence.org, 1 in 3 adolescent girls in the U.S are victims of physical, emotional or verbal abuse from a dating partner.

In March 2013, President Obama signed the Violence Against Women Reauthorization Act of 2013 (VAWA). VAWA amended the Clery Act to require institutions to compile statistics for incidents of domestic violence, dating violence, sexual assault and stalking and to include certain policies, procedures and programs pertaining to these incidents in their annual security reports.

The ANNUAL CAMPUS FIRE & SAFETY REPORT 2014 gives Information in compliance with the Clery Act. According to the report, for statistical purposes, crime statistics reported to any of these sources are recorded for the calendar year the crime was reported. A request for statistical information is made on an annual basis to all Campus Security Authorities (as defined by federal law) and to all College deans, directors and department heads. Statistical information is requested and provided to Tyler Junior College Police Department by the employees at the Tyler Junior College Counseling Center and the Student Health Center, even though they are not required by law to provide statistics for the compliance document.

TJC sends notification to every enrolled student and current employee on an annual basis. The notification includes a brief summary of the contents of the publication. The notification also includes the address for the Campus Police website, which can be found online at http://www.tjc.edu/campuspolice/reports.

Dating violence is also considered something that is forced by the offender on to the victim even if he/she doesn’t want to, such as with sexual or physical contact.

“it can be considered violence by just a little slap on the head or a little shove. It would be under physical abuse. It can happen one time, but it’s still violence,” said Tracey Williams, Counselor/ Learning Specialist.

According to the “Police Operations Theory and Practice” by Karen Matison Kess and Christine Hess Orthmann, the three stage cycle of abuse starts with the Tension-Building Stage, Acute Battering Episode and the Honeymoon First stage — the victim suffers minor battering, verbal abuse and psychological humiliation. the second stage is the explosive, violent indent, which may be physical or sexual. The third and final stage is the most challenging and frustrating for law enforcement — the batterer tries to win the victim’s forgiveness with apologies, affection, promises, gifts etc. This often works, and the cycle continues.

Now dating violence happens mostly off campus because a lot of people know the consequences. As long as a person is enrolled at Tyler Junior College they are eligible to see Mrs. Williams the counselor and if the problem is too big or complicated for her, the East Texas Crisis Center is available.