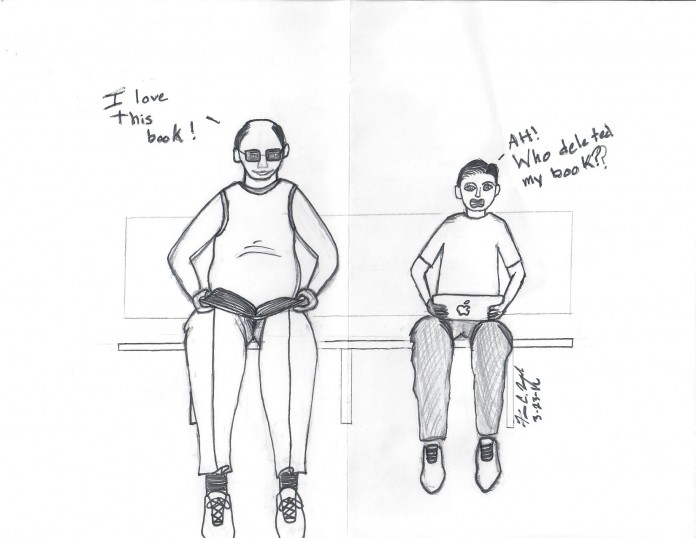 The digital world is taking over and makes many things from the past seem obsolete, such as photo albums, CDs and newspapers. These things are still commonly found in homes but with everything being digital do we still need them?

Yes, we absolutely need them. As convenient as having your library, photo album and music collection all in a portable device that also calls people, it shouldn’t be the only way you keep those things. The crazy part is, by keeping everything digital you never actually own it. All of those things are one virus away from being completely deleted and gone forever.

Photo albums are timeless and have been around forever. The cave paintings from thousands of years ago serve the same purpose of printed pictures today. They tell a story and capture a piece of who we are as a species and individuals. Nothing can replace the feeling of physically holding your grandma’s old photo album as she flips through and points out your parents and uncle while giving you a little background to that day.

Digital music has the same problem. In most cases, Apple music for sure, you don’t really own it. If you die you can’t leave your music library to someone. Apple takes it back because you were really just renting it. It’s not something you ever own or hold. Digital files have forever changed the music industry but it just can’t replace a physical CD, tape or record. We loose the album art and the joy of finding an unexpected song on the album when it plays through the first time in the car.

Physical copies of things will never go away. People have been saying that newspapers are dying for years now. Are they declining, that is undeniable, but they won’t go away. There is something to be said for finding a paper from 20 years ago reading about how a building in your hometown is being built or the doors are opening for the first time, or flipping through your baby book and reading your birth announcement. Newspapers are a physical copy of our history that can’t be lost due to a random virus or just stripped away from us unknowingly. The battery doesn’t die while your are reading and those stories written don’t fade with time like memory does. Today, if you read an article from 20 years ago to someone who was there, they will probably remember half of the details.

Sometimes having a physical copy of something is a little more bulky and slightly more expensive, but in twenty years are you still going to have a stack of photos that were printed or all the pictures on your phone?