Don’t be a misogynist for halloween 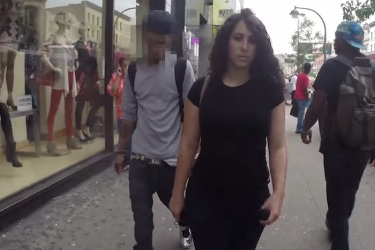 “Bro, that Spartan outfit is awesome!”

“Ugh, look at that slut. She thinks halloween’s an excuse to wear a mini skirt.”

What the hell people? Am I the only one who sees a problem here? A guy can run around wearing literally just underwear, a cape and a helmet and he’s one slick dudebro, but if a woman wears anything slightly provocative, then she’s a floozy.

Clearly society has a problem with “slut-shaming,” which the venerable and infallible Urban Dictionary describes as, “an unfortunate phenomenon … ” in which women are attacked and degraded for merely appearing to be comfortable in their own sexuality.

Think about that. Urban Dictionary called it unfortunate. That’s like the Klan calling you out for being too racist.

This attitude is just another sick extension of victim blaming and telling women they’re “asking for it” by dressing in a manner men might find attractive. As if it’s their responsibility to regulate every man in the world’s sexual impulses. God forbid we practice accountability.

A girl’s shorts have never made me shout crude comments or force myself upon her. Mini skirts are not imbued with voodoo that makes you an uncontrollable lust-zombie.

A recent video (bit.ly/1tNYF0f) chronicled a day in the life of a typical woman, wearing non-provocative clothes, in order to illustrate how often she is degraded for simply walking down the street and lacking the Y-chromosone.

A more subdued version of the trend is being seen in schools around the country as administrators punish young women for boys’ lack of control. Devils Lake High School in North Dakota recently banned yoga pants and skinny jeans because they were “causing boys to focus on something other than schoolwork.” Emo boys are in the clear on the skinny jeans, I suppose. The school even went so far as to compare girls who wear them to prostitutes.

As Joe Biden would say, that’s a bunch of … malarkey. If it’s above 90 degrees on campus, I can run around with my shirt off all day. If a girl tries to walk back from the gym or practice in her sports bra, you can guarantee she’ll be sexually harassed or even admonished by campus police or faculty.

So what can we do about this? Well first of all, we can look at women as fully functional human beings and start treating them as equals instead of on-demand objects that are around solely to fulfill our sexual whims.

The next logical step is to stand up and be heard. Tell anyone encouraging slut-shaming, no matter how subtle, that it isn’t ok. Stop sharing those stupid facebook posts that “joke” about Halloween being an excuse for women to act like hussies.

Halloween is the one day a year when you can be anyone you want to without fear of being judged or ridiculed. When did that stop?

Finally, it does not matter how another person dresses, they can be butt-naked, and it still won’t be ok for you to harass, molest, or otherwise violate them. If that attitude matches your own, then clearly YOU are the real problem here.