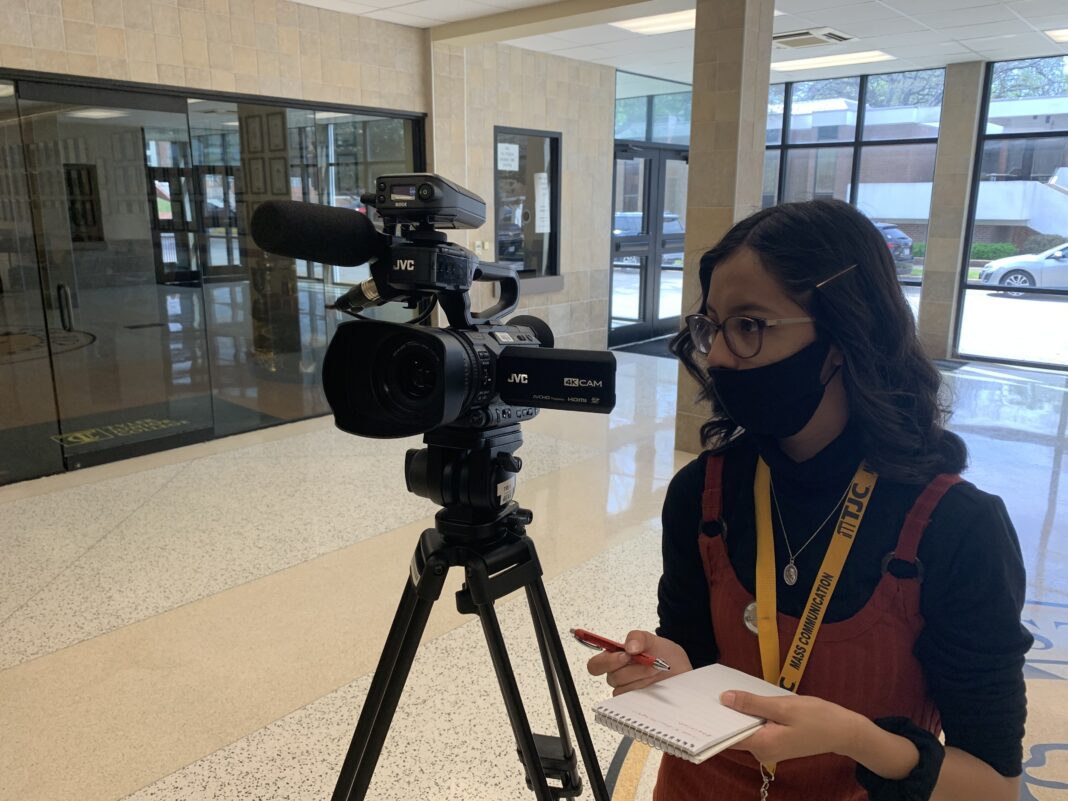 TJC’s DrumBeat Student Media has been recognized with the national Pacemaker award along with two Pinnacle awards. In September, 7 programs across the nation, along with The DrumBeat, were nominated for the Pacemaker award. The nominees consisted of both two-year and four-year universities. The winners were announced Oct. 14.

“The prestigious Pacemaker recognizes overall excellence and distinguishes the top student media produced during a particular school year,” according to the Associated Collegiate Press. “The award started shortly after the association was founded in 1921 and is often regarded as the most-competitive, most-honored award in collegiate journalism.”

The DrumBeat also placed 2nd in both the Two-Year Radio Station and Two-Year TV Station categories.

The submissions for both the Pacemaker and Pinnacle awards were from the fall and spring 2020 semesters. Despite COVID-19, The DrumBeat continued broadcasting news via livestream to the TJC community with Andi Valdez as Broadcast News Director and lead anchor.

“COVID really affected our numbers for our participation,” Valdez said, “So it was very difficult to recruit a lot of people to get involved with broadcast. And so it was basically me for a couple of broadcasts.”

Valdez was the only on-camera staff member for The DrumBeat Broadcast. She continued, “as we went on, we picked a couple people up, which was great. But those first couple of broadcasts were, they were learning experiences. And so, you know, I just felt very proud, because it really meant that all of that hard work that we put into that broadcast really paid off in the end.”
During the fall, broadcast only consisted of two staff members: Valdez and Dallana Estrada. While Valdez was in front of the camera, Estrada would assist Valdez with stories and most of the behind-the-scenes workload.

“Because there were two of us, we had to split the workload at times, and sometimes when one of us wasn’t able to get video, the other one had to step in and grab that video,” Valdez said.

Participation was one of the biggest hurdles for the year, Valdez said. “If you look at the numbers last year and then compare them with the numbers this year, there’s a lot more participation this year, which is really good,” she said. “It’s definitely one thing that we wish we would have had last year. But you know, unfortunately, that wasn’t the case. But we overcame it, and I mean, it definitely paid off in the end.”

Student media adviser and communications professor Adrienne Hampton played a large role in the production and felt grateful for the recognition of the students’ hard work.

“Our department strives to provide the knowledge, support and hands-on experience that will prepare our students for success in today’s highly competitive media job market,” Hampton said.