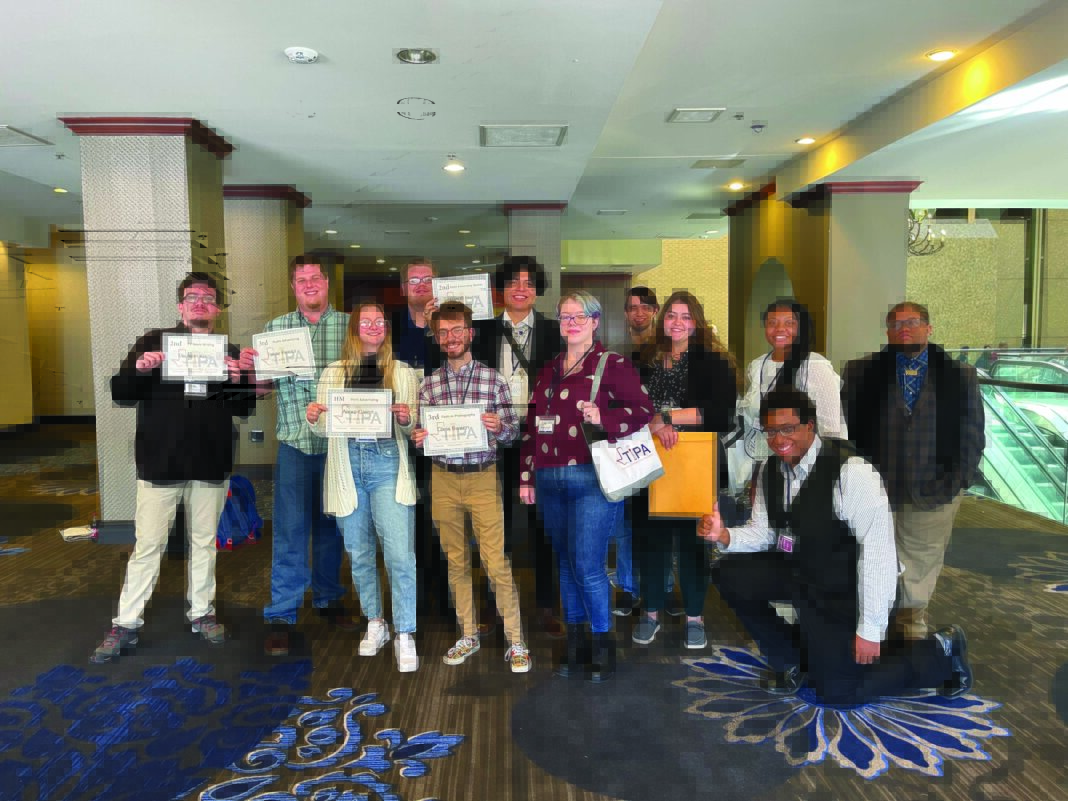 TIPA is the largest and oldest student press organization in the country.

The conference was held in downtown Fort Worth and held many on-site contests for students to compete directly against other media teams. The DrumBeat brought home five awards from those contests.

TJC students were awarded 50 honors for their submitted digital, broadcast and print work during the 2021 fall and spring semesters. The DrumBeat newscast won second place in the open division production category, and won second place in overall excellence for both newspaper and website.

Through the newscast, students get hands-on experience in broadcast journalism by working in The DrumBeat’s news studio.

Colton Hollis, news anchor and a multimedia journalist, said he found his calling through working for the organization.

“It gave me skills that I did not yet know and it furthered my love for covering sports on a bi-weekly basis,” Hollis said. “It helped me realize what I want to do in my future career, which is covering sports.”

Marie Salazar, editor-in-chief of The DrumBeat, has led the staff since fall 2020. Under her leadership, she has helped guide the print side.

“This organization takes a lot of time and dedication when it comes to creating the material that we do, despite what others may know or may think,” Salazar said. “So when we receive the amount of awards that we have, it really just shines a light on everyone’s hard work and dedication. And as the leader of that, it makes me extremely proud of them and extremely happy to know that we are taking steps in the right direction.”

The DrumBeat strives to keep the TJC community informed, while also giving aspiring journalism students the resources and experience they need to get a head start in the field.

“The DrumBeat prepares students for careers in media by giving them hands-on experience, and connecting them with professionals, and really letting them just kind of learn as they go,” said Kasi Dickerson, mass communications professor and student-media co-adviser. “We have our website, we have our printed newspaper, and we have our broadcast. So really, whatever you’re interested in, we have it.”

All of the awards are posted on The Drumbeat’s website, and can be found by going to thedrumbeat.com.