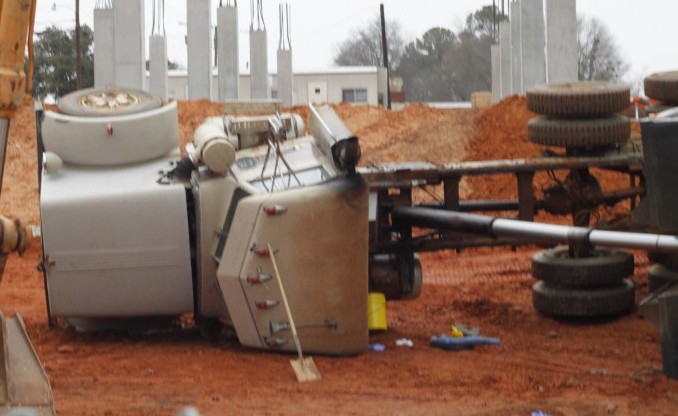 Shortly after 1:30 p.m. on Thursday, Jan. 23, a dump truck rolled over at the construction site of TJC’s Robert M. Rogers Nursing and Health Sciences Center. The truck was moving dirt in front of a retainer wall when it overturned.

Police on the scene reported no injuries, but ambulances from ETMC were called out as a precaution.

MyTJCNews has reached out to campus Public Relations regarding the incident, we will update this post with more details as they come.