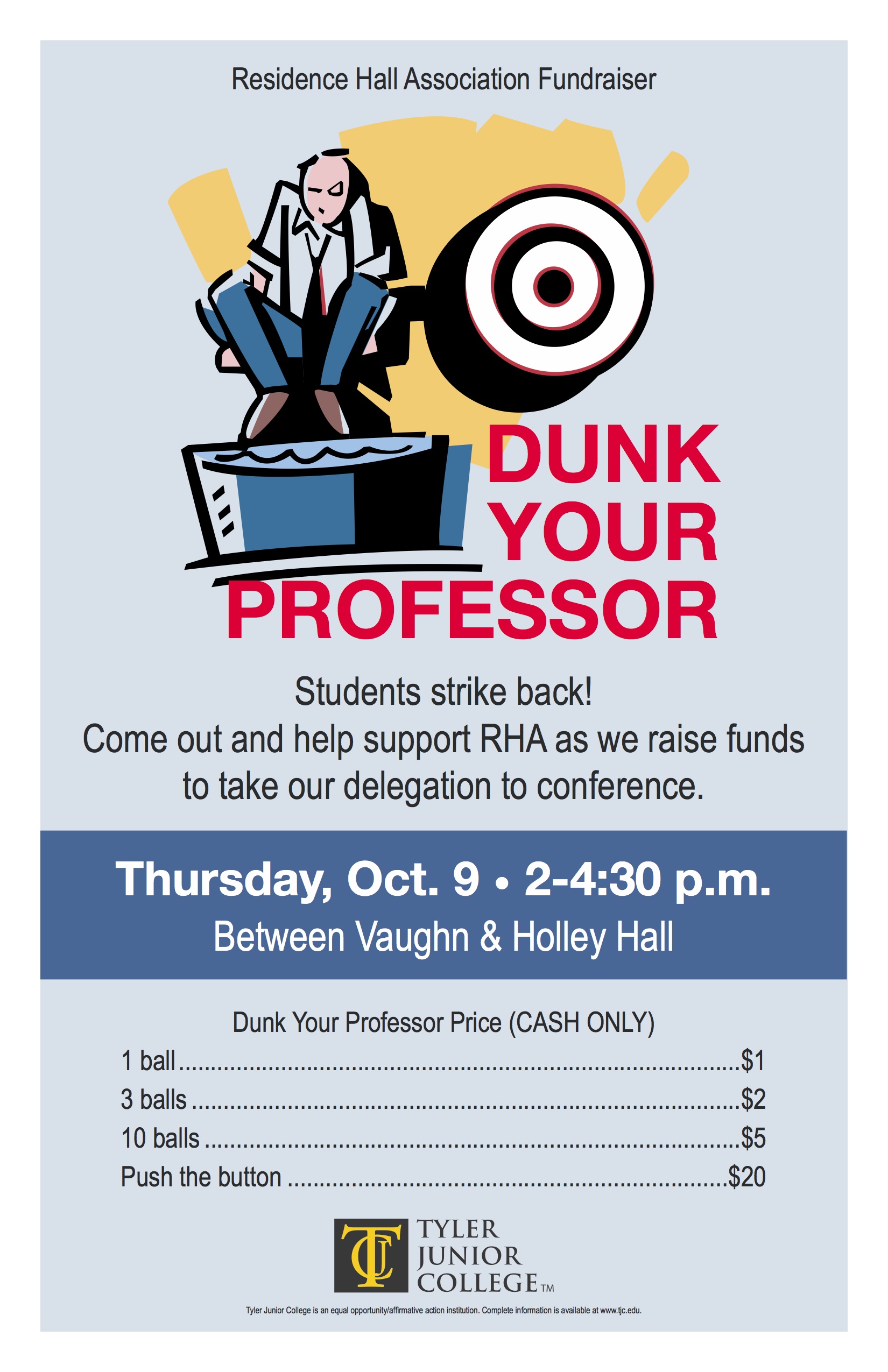 The dunk booth will be between Vaughn and Holly Hall on October 9th and students can pay for a chance to dunk a professors to raise fund for RHA to go to their delegation conference.

Students can purchase between one or ten ball or pay to push the button. The professors who have volunteered include Officer Keith Shuemake and Sgt. Mark Pierce from campus police, Coach Ryan Taylor, Ryan Mahon and Jessie Green from the football team, Jonathan Arriola from student success, Derrick White from the art deparment, Jeremy Light from the English department, and Joseph Talbot, the area coordinator of the Ornelas complex.