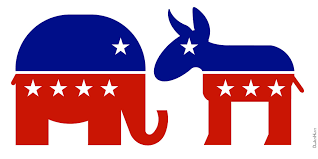 Texas midterms closed Nov. 8 with the re-election of Attorney General Ken Paxton, Lt. Gov. Dan Patrick and Gov. Greg Abbott. While there was some speculation about candidate Beto O’Rourke in the race for governor, in the end Smith County voters cast 56,542 votes for Abbott, and 18,706 for O’Rourke, according to the Smith County official website, at the time of this article.

But it wasn’t just Smith County voting for Abbott. According to CNN results, Abbott garnered 54.8% of votes to O’Rourke’s 43.8%. In fact, while there is a concentration of democratic voters in cities like Houston, Dallas and San Antonio, the midterm results were overwhelmingly republican this year across the state as well as in Smith County.

Abbott gave a speech Tuesday night
as several news organizations called the election. In his speech, he thanked the voters and his supporters for helping him make it this far.

“Tonight, Texans sent a very resounding message,” Abbott said. “They want to keep Texas a beacon of opportunity that we have provided over the past eight years.”

Former Texas Rep. Beto O’Rourke lost the governor race to the incumbent, leaving many to wonder what is next for the democrat. According to a late election-night speech given by O’Rourke to his supporters and staff, this is not the end for him.

“I don’t know what my role or yours will be going forwards, but I’m in this fight for life,” O’Rourke said.

Smith County voters also saw a special election proposition on their ballot this year. Smith County Prop A proposed updating the county courthouse and adding a parking structure to the building, as well. This was one of the closest votes on the ballot this year, with 53.73% of voters in favor and 46.27% against.

While many news organizations have called the election, Smith County and Texas officials will not officially recognize the results until every vote has been counted. This process can take about two weeks after the date of the election. Outside organizations look at the votes left to be counted and the amount a candidate leads by in order to call the election. If a candidate is winning by more votes than is left to be counted, the candidate is the unofficial winner of the election. At the time of this article, no races have been officially called. For an update on the official results, visit thedrumbeat.com or go to smith-county.com for a full breakdown of every ballot issue and exact vote counts.