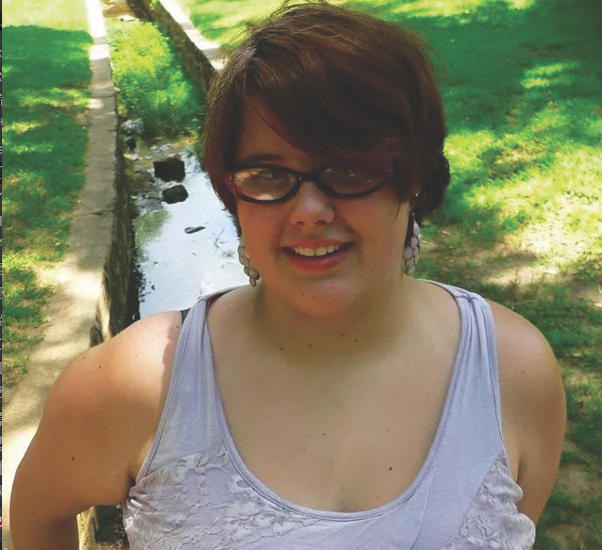 TJC alumna Fawn Combs, and her grandmother Brenda Combs were found dead in their home after suffering gunshot wounds inflicted by Fawn’s grandfather and Brenda’s husband, Terry Combs. After shooting his wife and granddaughter, Terry turned the gun on himself, taking his own life.

Community members were devastated by the news, as were some of Fawn’s friends.

“She didn’t deserve this,” sophomore Kellen McFarland had posted on Facebook shortly after learning of the death of her friend.

Fawn and McFarland had attended the same high school. From being in band together to binge watching Netflix shows, McFarland and Fawn had become close over the years.

“I don’t think anybody had anything bad to say about Fawn,” said McFarland. “She was just that type of person. She was always kind and caring.”

Although Fawn only attended TJC for the fall of 2015, she’s remembered by the ones she met, including English Professor Joan Bruckwicki.

“I found her to be wise beyond her years,” said Bruckwiki. “She had an impressive vocabulary and a strong capacity for critical thought. The other students enjoyed listening to her, and they seemed to value her opinions.”

One occasion that Bruckwiki remembers well is when Fawn spoke about the Black Lives Matter movement.

“Fawn offered an analogy, comparing the Black Lives Matter movement with the ecological movement to save tropical rainforests,” said Bruckwiki. “She said that when we say, ‘Save the rainforests,’ we are not implying that other trees—the Piney Woods, for example – do not matter.’ I thought this was a clever analogy, and I admired it very much. I have repeated it on several occasions.”

Bruckwiki feels that Fawn had great potential and is saddened by her passing.

“I am heartbroken that her vibrant, intelligent life was cut short prematurely, and that we will never know what contributions she could have made to this world,” said Bruckwiki.

Freshman Jacob Verner admired Fawn for who she was and everything she stood for.

“In some ways, I would say that Fawn was an ideal version of myself or someone I would have wanted to be,” said Verner. “I’ve always wanted to carry myself as someone who wants to be perceived as intelligent or kind; all those things. Fawn just radiated all those things.”

Verner believes that Fawn was an extraordinary person.

“She was way beyond intelligent. She was very kind and compassionate. She had a very witty personality,” said Verner.

Verner was 16 when he first met Fawn. Although she was a shy person, the two quickly formed a bond after meeting each other.

“She didn’t like to open herself up to people, but when she did, you could tell that she had a love for people,” said Verner. “She always treated me with respect and I felt special when I would talk to her. She was just that kind of person where you’d always want to be around her. She just made you feel calm.”

At her memorial service, Verner had heard someone refer to Fawn as an angel walking on Earth.

“I don’t mean to give her any divinity,” said Verner, ”[but] my friends kind of referred to her as a goddess in some way. She was like a template for how to live a life. She never spoke ill of anyone. She always had something positive to say. I never heard one negative word of her ever.”

Over time, the two lost some connection.

“We kinda disconnected for a while and I didn’t really get to talk to her as much towards the end of her life, and I remember in the weeks [prior] I used to think that I had missed Fawn,” said Verner. “I missed hanging out with her and just being around her. I really regret that I never tried to reconnect with her.”

If given the chance to speak to her again, Verner would explain to her how much she meant to people.

“I would just tell her that she meant so much more to so many people than she could have ever imagined,” said Verner. “She always had issues with her self-esteem and just how she perceived herself, but people loved her. People in her family, people outside of her family. She was just, in many ways, like an integral part of Van’s community. Every moment with Fawn was just something beyond normal experience. I’d just tell her she’s loved.”