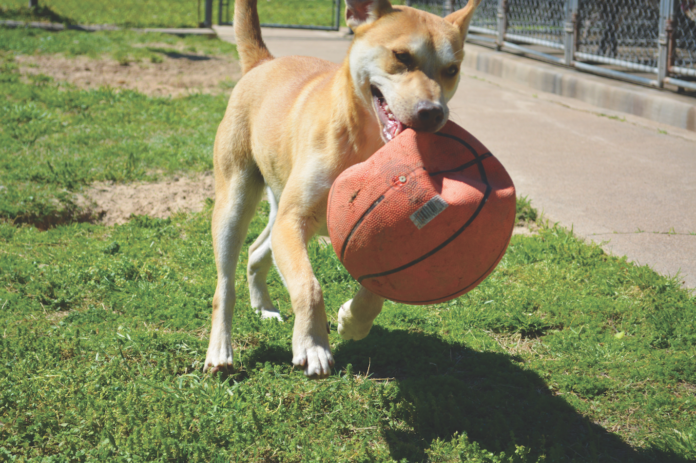 The Humane Society’s Pets Fur People will be hosting the Tyler Azalea Disc Dog and Disc Golf Championship. The family-friendly event is being held at Lindsey Park in Tyler.

“Funding for nonprofit organizations is always a challenge and an event like the one we are sponsoring serves two purposes,” said Gayle Helms, executive director of The Humane Society’s Pets Fur People. “It not only raises capital, but it also raises awareness for our organization.”

Starting at 9 p.m. on April 1, 35 highly-trained disc dogs from around the nation will gather and compete at Soccer Field 12 in Lindsey Park. Among the dogs competing is “Z,” the 14th-ranked dog in the nation. She is the canine companion of Bill McFarlin, who is confident in his pooch.

“Z is a champion, there’s no doubt about it. But she’ll have her work cut out for her to beat some of these dogs that are coming. I know these dogs, and there are some amazing performers in the mix. They have flips and jumps, and great speed,” said McFarlin.

Canines won’t be the only participants for the disc events. Disc golfers will be joining the disc dogs this year. They will be able to participate in two tournaments, one in the morning and the second in the afternoon. Accompanying the tournaments this year will also be a “How to Play Disc Golf” clinic, and a “Closest to the Pin” competition. These events are to encourage spectator participation at the event and draw more interest in the sport.

“Our disc golf players’ community is growing every season. This is a fun game that welcomes everyone. From those who don’t know how to throw, to some of the best players in the game today,” said Paul Owen, the president of the Rose City Golf Club.

As the only brick-and-mortar, no-kill shelter in East Texas and sponsor of the event, Pets Fur People is a non-profit organization, supported only by tax-deductible public contribution and funds and receive no government support.

Admission is free to the event, and all funds raised from the event will go to support the Humane Society’s Pets Fur People. More details on the Tyler Azalea Disc Dog and Disc Golf Championship  or how to volunteer with the organization can be found at http://www.petsfurpeople.org.