Government severs all relations with ACICS 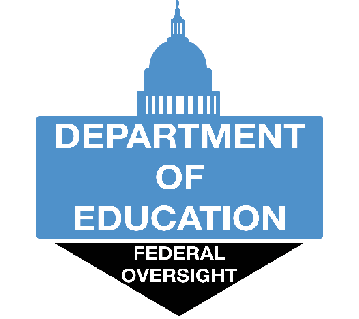 The Department of Education has decided to sever relations with the largest accrediting agency of for-profit colleges and universities, the Accrediting Council for Independent Colleges and Schools.

“They were having issues with graduation rates, with escalating costs of loans and with performance measures,” said Dr. Juan Mejia, TJC provost.

The decision was made after a lengthy controversy over the council’s loose oversight of their accredited colleges. Unlike state-run colleges, for-profit colleges are more similar in function to private universities.

“Unfortunately, those schools that are for-profit are also significantly more expensive than regional universities or community colleges that are regionally accredited,” said Mejia. “So therefore, it’s predictable that there will be less enrollment because, the only way to attend those schools is heavy financial aid, unless someone’s just very well off.”

Now that the government no longer recognizes ACICS, the institutions accredited by the council can no longer legally award graduates with degrees. This decision will affect an estimated 600,000 students. The effect this may have on TJC is that enrollment numbers might see a significant jump. Though, Dr. Mejia doesn’t anticipate any tuition changes due to the possible influx of students.

“When the Department of Education says, we’re not going to give the authority to ACICS to accredit private institutions, they miss federal financial aid opportunities for those students,” said Mejia.

The process of accreditation involves visits to institutions from teams who evaluate many aspects of a college’s functions, and determines whether their operations meet the council’s standards. TJC is regionally accredited through the Southern Association of Colleges and Schools.

“They’ll look at the credentials of the president, they’ll look at my credentials, the [vice president] for finance, the director of the library,” said Mejia. “There’s some faculty that may be very capable, but are they eligible, based on their programs of study that they had to teach that course … It starts getting very specific about their credentials.”

Mejia proudly mentioned that TJC, although only a junior college, has met the standards of universities that offer baccalaureate degrees.