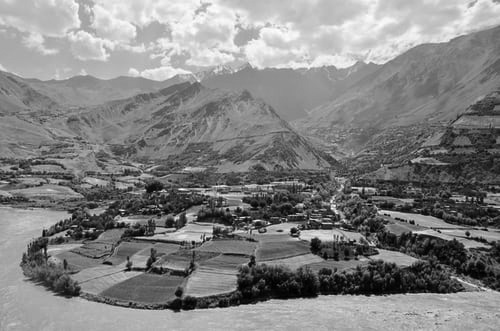 Immigration has been at the forefront of policy development recently due to recent events involving Haitian migrants in Del Rio and the government takeover in Afghanistan.

For approximately a week in September, 15,000 Haitian migrants were seeking asylum and sheltered under a bridge in Del Rio, Texas. Haitian people are traveling to the U.S. seeking asylum from their current conditions in Haiti. Haiti is located in the Caribbean islands west of Jamaica and bordered on the east side by the Dominican Republic. This country is in an endless state of crisis, recovering from multiple earthquakes and tropical storm and infrastructure damage. The latest earthquake happened a few weeks after the assassination of the Haitian president Jovenel Moïse in July.

According to Tyler Junior College history professor Dr. Keith Eppich, “People come to the United States for two reasons. Number one is push [and] number two is pull.”

These factors can be described as the reason people choose to make the journey to the U. S.

According to Eppich, the push factor is very poor conditions in the home country. These circumstances have created unbearable situation, political unrest, economic instability and social stagnation.

Social stagnation can be described as the lack of progress in regard to access to education and financial opportunities, according to Eppich. Stagnation in Haiti dates back to when they had to pay the French government for their freedom from slavery. This is a primary cause for the Haitian economy’s lack of prosperity, according to the CIA World Factbook. The Haitian people were in Texas for approximately a week before being flown back to Haiti. As of Sept. 24, there were “no migrants remaining under the international bridge” according to the Secretary of Homeland Security Alejandro Mayorkas in a press briefing. The Haitian people were sent back home under the Centers for Disease Control and Prevention’s Title 42 order, which limits undocumented peoples entrance into the U. S. to prevent further spread of COVID -19. Haiti has a complicated history that continues to impact its future as a country.

Afghanistan is a Middle Eastern country that has dealt with being war-torn for many years causing people to migrate and flee the political unrest. President Joe Biden gave remarks on Aug. 31 in the White House state dining room saying, “the United States ended 20 years of war in Afghanistan — the longest war in American history.” The end of the war was announced in August 2021. Not long after the war ended the government was taken over by the Taliban. Biden stated, people are leaving their country of Afghanistan due to watching “their own government collapse and their president flee amid the corruption and malfeasance, handing over the country to their enemy, the Taliban.” These conditions are examples of the push factors that lead people to seek support and asylum from the U.S. Pull factors for the U.S. include support and economic opportunity that is provided.

Humanitarian assistance is being provided to the Haitian and Afghan people from the U. S. For example, the U.S. Agency for International Development announced in a weekly report that it “continues to support the most vulnerable in Afghanistan through an additional $64 million for food, health care, and more.” This support is a response to the conditions that are being faced by the people in this foreign country. USAID is a organization that works to enhance “government’s international development and humanitarian efforts,” according to its website.

Support to the Haitian government from “ U.S. agencies to work with the Haitian and other regional governments to provide assistance and support to returnees.”