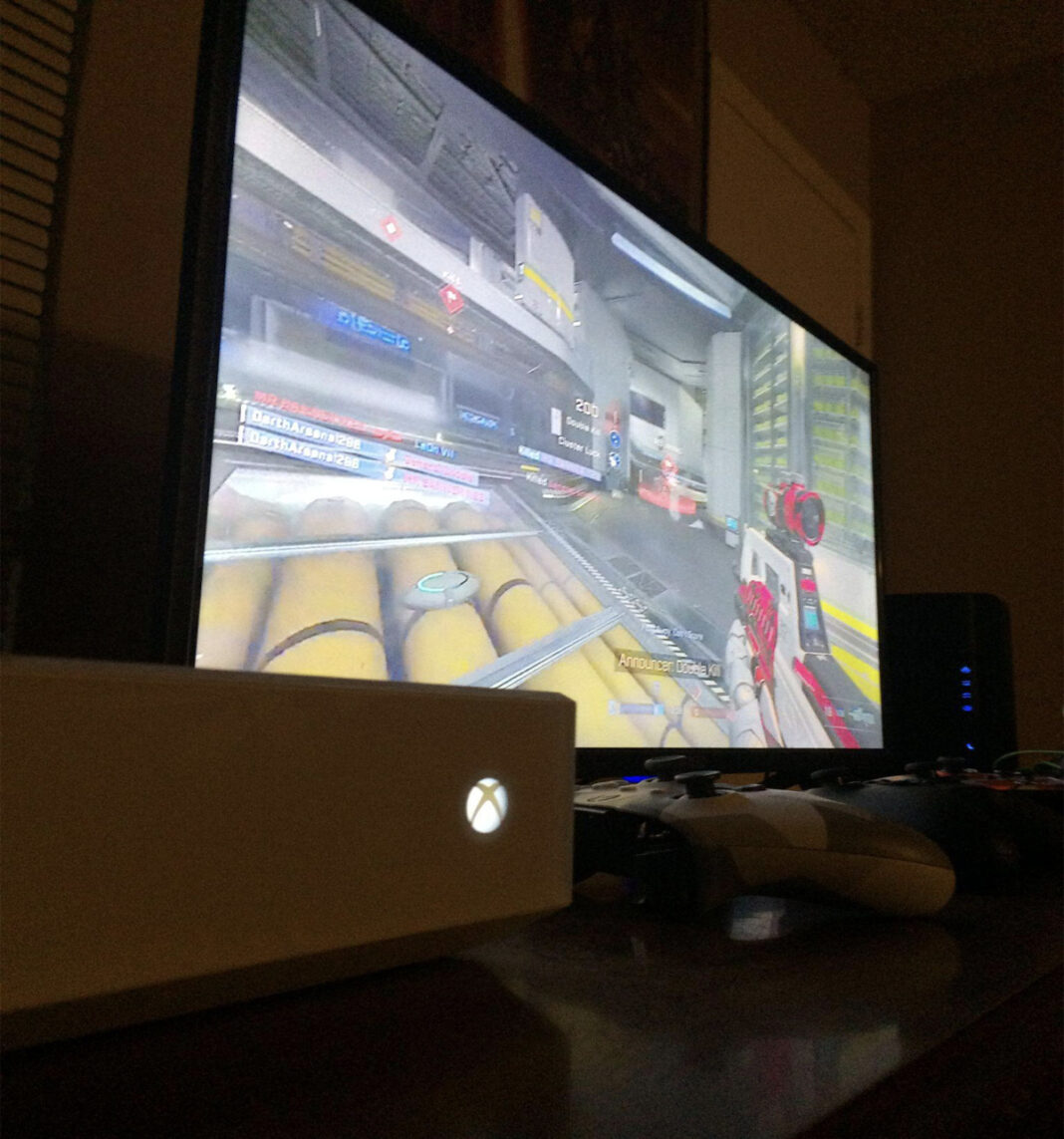 After six years of waiting for a new installment in the series, 343 Industries has released Halo Infinites free-to-play multiplayer on Nov. 15 on all platforms including the new Xbox Series, PC, and last-gen consoles on Xbox’s and Halo’s 20th anniversary. The campaign story mode released on Dec. 8 for a full-price in time for holiday shopping. Originally the multiplayer was supposed to be launched alongside the campaign, however, plans have changed.

Halo has been regarded by many gamers to be one of the best first-person shooters franchises that allowed Microsoft to grab a foothold in the gaming industry. The original Halo games were made by Bungie, a gaming studio hired by Microsoft to create a killer app exclusive to the Xbox that focuses on arena multiplayer and a ground-breaking campaign story mode.

Back when the first Halo was released in 2001, it sparked many people to buy the original Xbox console and laid the foundation for a multi-billion dollar franchise of games, books and vice-versa.

Halo 2 (2004) revolutionized online gaming and Halo 3 (2007) was the climactic finale that made the Halo series more of an icon to both the eyes of fans and the media. Halo 3: ODST (2009) was an expansion that told a separate story between Halo 2 and Halo 3.

Halo Reach (2011) is the prequel to the first that capped off the series Bungie created in 2001. The reason was Bungie’s contract expired with Microsoft and was no longer the studio behind Halo.

Microsoft quickly made a new gaming studio called 343 Industries that would continue where Bungie started. For the original fans of the series, the next two sequels from Halo 3 would be considered to be a colossal failure. Halo 4 (2012) and Halo 5: Guardians (2015) were by many fans to be polarizing. Both games shifted away from Bungie’s vision and interpretation in every aspect from the art style to game mechanics.

After the early release of the multiplayer portion of Halo Infinite, it received heavy praise and criticism from fans. The core multiplayer gameplay was praised to be a return to classic arena combat after the previous two installments ditched it for a more modernized experience. Some people received exclusive early access to the campaign and it was praised for being authentic to the Halo franchise in both its writing and gameplay. The negatives behind the game according to the gamers are its lack of core multiplayer features and modes, issues with the user interface, the over-monetized cosmetics and the battle-pass progression system.

At Tyler Junior College, a couple of students had a say on the monetization of video games. Logan Ripley, a TJC freshmen, is a fan of the Sony Playstation brand and played various games like Call of Duty, Apex and Fortnite. Despite Playstation being his favorite brand, he believes the new best console is the Xbox Series X.

Ripley has no problem with Microsoft or any video game companies charging for premium cosmetics because it does not affect the core gameplay.

“They’re Cosmetics…they don’t enhance your physical ability, they just look cool” said Ripley. “So if you want to go out and spend 20 bucks on the color white, sure, go for it. The point of playing games is to have fun, people get better based on their skill rate or whatever. You don’t have to buy it if you don’t want it. If it’s overpriced, alright cool, they’re going to charge what they want to charge.”

Karime Ramirez is another TJC student with a say over video game monetization.

Ramirez said there is a certain price range to stay in when buying items in a game. Sometimes items are extremely overpriced.