Hoverboards labeled as fire hazard but still on campus 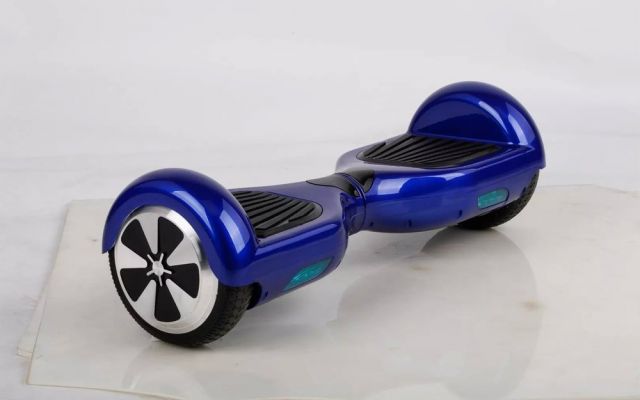 After being a proven fire hazard, banned from carrying on airplanes and over 30 colleges across the nation, hoverboards are still found on campus and in the dorms here at TJC.

Hoverboards were the hottest gift sold this past Christmas, but after several reports of them catching fire, Amazon sent out a recall, and the product went under investigation. The United States Consumer Product Safety Commission has released statements confirming an investigation encouraging people to stop buying them and urging retailers to follow Amazon’s lead and stop selling them.“At CPSC, our investigators and engineers continue to work diligently to find the root cause of the hover board fires that have occurred throughout the country,” Elliot F. Kaye wrote in a statement released online.

Although what causes them to spontaneously burst into flames is still unknown, many believe the lithium-ion batteries used in them are the problem.

“CSPC staff is focusing on the components of the lithium-ion battery packs and well as the interaction with the circuit boards,” said Kaye. “There are certain safety technologies we expect these units to have that should prevent overheating and potential combustion.”

These safety technologies are very common and found in most cell phones and computers.

TJC’s current policy allows hover boards to be used on campus outside of building on sidewalks and parking lots.

“Right now, we are taking the wait and see, we have heard some of these national reports of the batteries catching on fire,” said Chief of Campus Police Randy Melton. “We don’t know enough about this. Is it certain brands, you know if there are different brands or models or certain kinds of batteries we haven’t had a reportable offensive of this reported on campus.”

Several students on campus who own hoverboards live on campus, but don’t believe there is any danger to worry about, such as Tajaun Salahuddin

“I feel it is kind of over hyped and a lot of it is just spite because they don’t have one,” said Salahuddin. “So they are going to say ‘I don’t want one of those they explode anyways.’”

Salahuddin got a hoverboard over break for Christmas. He stores and charges it in his dorm room and doesn’t believe any new rules will change that.

“No, I don’t think that [a ban] will happen here unless a major incident happened,” said Salahuddin. “I think that is kind of a rushed stereotype because they had no firsthand knowledge on it or no secondhand knowledge on it. Somebody on the internet said somebody said this and so they’re like okay this happened somewhere in the world so it can’t be here.”

The colleges that have banned hoverboards did a lot of research before reaching the decision. Texas A&M University – Commerce sent students and email on Jan. 26 letting them know the possession, use, charging and storage of hoverboards is prohibited in all campus owned and lease properties.

“There were several discussions or several reports, I’m sure you’ve seen across national local media sparking a debate on hoverboards,” said Derek Preas, Director of Commerce University Project Office. “Considering it was one of the hottest Christmas presents this year, we started looking at reports that came from the state Fire Marshal,l from the NDA, from the consumer product safety council and other large entities from across the nation, and we felt it was warranted enough investigation to register concern and so, after we took all of these reports into consideration for the protection of our university property, occupants and investors to make the ban at this time.”

The topic of hoverboards was discussed by multiple departments at Commerce, including the senior staff, the president and vice president of the college, residential learning and living staff, university project office and the department of safety.

“It was a long time coming. We started this about a year ago,” said Preas. “We started following it and, once we saw a couple of reports, we started looking into it. It was not a spur of the moment decision — it was a period of almost a year.”

After the issue became serious enough, they began looking closer into it before making a university-wide decision.

“It was three departments; my department, police department and RLL that started looking into it several months ago,” said Preas. “About a month ago we brought a report to our executive staff. It was a combination of at least eight months’ worth of watching it.”

Commerce isn’t the only school with a ban on hoverboards, some schools like Southern Methodist University have a partial ban that only covers residential halls on campus.

Currently hoverboards are allowed in residential halls at TJC.

“Our policy with hoverboards is a same as with bikes and skateboards,” said Assistant Director of Housing Aukse Harris in a statement. “As long as they are not using them in the halls, we are fine with them. Students can store them in their rooms, too.”

It has been argued that these hoverboards are convenient and help students get to class on time, but at an obvious risk.

“We see the distance of campus between our buildings and there is a short period of time between classes,” said Melton. “This helps to convenience our students to get from one place to the other. So this will aid them to get to class on time. That is one of our reasons for allowing these.”

The hoverboards are allowed to be used as long as the riders are being cautious and aware of their surroundings, but accidents are still a risk for both riders and pedestrians.

“A girl stepped out in front of me when I was going pretty fast,” said Salahuddin. “I was going pretty fast and I saw my friend, so I started slowing down and she was in my group of friends and was about to leave. So she stepped out. I was coming like this and I had to go backwards and then come back forward. I didn’t fall, I landed on my feet but I flailed like a chicken. She said she was so sorry, and I was like, you know, be aware that there are people.”

All this doesn’t alter Salahuddin’s view on his hoverboard in the slightest and admits that the reports weren’t enough to make him do any research on it.

“I still didn’t care,” said Salahuddin. “I mean if it blows up or caught on fire while I was riding it, I hope someone would record so I would look cooler.”