I got your Back 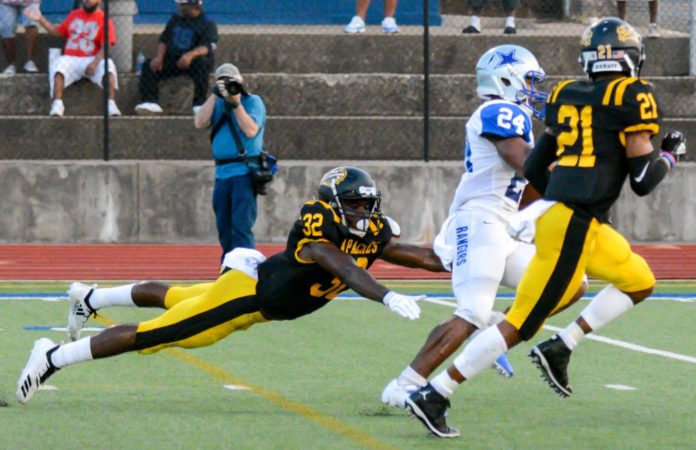 In life, we want people to have our back. It’s good knowing you can count on somebody.

This is what the Offensive Linemen are to the Quarterback. They are labeled as big, mean and nasty guys that get into your grill.

The Offensive line, or O-Line for short, is the front portion of an offensive formation. Their primary responsibilities are blocking the defense. The O-line consists of a Center, two Guards, and two Tackles.

“The coaching staff and I went out and recruited the best O-Linemen that we possibly could in the country,” Gordon said.

“Also, we talked to the parents and students to find out where they’re from and what’s their make-up.”

The workouts for the O-Line aren’t as different than other positions. “They have to be very flexible with their hips and ankles,’’ Gordon said.

‘’Last year, a couple of key players on the O-Line got hurt. Some of the back-ups were not ready, but the plan is to be ready at all times,’’ Gordon said.

This is why the program has recruited very heavily.

“We sort of out recruited our sophomores in almost every single position. Some of the Sophomores have taken the backseat, we have four freshmen starting on the O-Line,’’ Gordon said.

But, the younger guys still look up to older players as big brothers.

“Could they survive at TJC and play Junior College Football? Most of all, could they play for Coach Palmer.

Danny Palmer is a legendary figure in TJC  Football. 12 years of coaching TJC and having ww44 years in total, Palmer is really dedicated to his job. “When you think Tyler Junior College Football, the first thing that pops up in your mind is Danny Palmer,’’ Gordon said.

For a full schedule of TJC Football games, go to Apacheathletics.com under sports.