In the ‘Red Zone’ 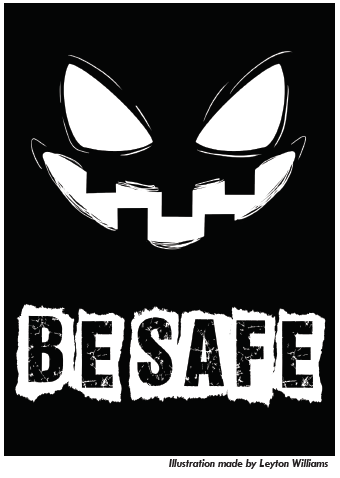 Showing up freshmen year one might think about books, clubs, classes, sporting events and even social parties. While all the heightened excitement that comes with moving onto campus is intoxicating, not all those who come to college leave with beautiful memories because of what is known as the “Red Zone.”

According to the Journal of American College Health, Vol. 57, No.3, the “Red Zone is a period of time early in one’s first year at a college or university during which women are thought to be at particularly high risk for unwanted sexual experiences…a period that starts at one’s arrival on campus and ends with the first holiday break.”

Sexual assault “includes any unwanted sexual activity, from unwanted touching to rape,” as defined by the womenshealth.gov. Sexual assault should not be kept quite and needs to be reported. Freshmen and sophomore women are at a higher risk of sexual assault.

An examination of sexual violence against college women stated “84% of the women who reported sexually coercive experiences experienced the incident during their first four semesters on campus.” That means college freshmen and sophomore women seem to be at a higher risk of being sexually assaulted than upperclassmen.

Tyler Junior College offers two-year programs and the ability to transfer to a university. That means TJC will see more freshmen and sophomore students. In 2017-18 TJC’s enrollments was 11, 649. From that amount 4,714 of those students were male and 6,935 were women. That means more than half of the students were women enrolled at TJC.

College student experiences can involve using alcohol or drugs with others, often at parties. Those are times when sexual assault can happen more often. According to alcohol.org “at least 50% of student sexual assaults involve alcohol.”

According to an article in Precollege Predictors of Incapacitated Rape Among Female Students in Their First Year of College, “15% reported IR (incapacitated rape) during their first year of college.”

This report indicates sexual assault is often involved with alcohol and drugs. Being incapacitated means that 15% of those young women could not give their consent to the sexual encounter because they did not know anything was happening.

“More than 50% of all college sexual assaults occur in the fall (August, September, October or November),” stated by rainn.org. With that being the case, this is the time of the year where one needs to be on alert more often.

It was stated in an article titled Campus Sexual Assault Study from 2007, “more than 95% of all sexual assaults experienced by students are committed by someone the assault survivor knows.”

Sexual assault is always the fault of attacker, however, there are steps to be safer here on campus and back home.

Look below for womenshealth.gov safety tips to help protect against sexual assaults.

Sexual assault is a real issue on college campuses across the country, but that does not mean one needs to live in fear. Using the safety tips and reporting any incidents this holiday season may help the TJC campus stay a little safer.