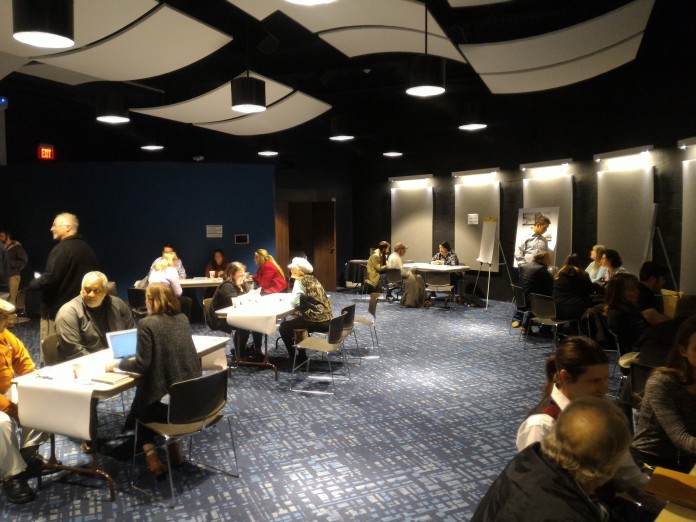 Tyler Mayor, Martin Heines, with help from city organizers, will soon open Innovation Pipeline, a gateway for business people to excel as entrepreneurs.

“When y’all are finished with your college experience,” said Heines, “we want to have mechanisms in place that you can participate in, in our community.”

Since May of 2015, Heines, along with several city organizers, has been working on the idea of a place where entrepreneurs, skilled and unskilled, can converge and expand their horizons.

As a business owner, Heines wants Innovation Pipeline to focus on building the small business foundation in Tyler, either for current businesses or for those wishing to start new endeavors.

“Most jobs are not large corporations,” said Heines, “most jobs are created by small businesses. And a lot of small business ideas originate from young people that have that college experience … it’s important to gain that confidence and get started. That’s what I did.”

“Tyler needs a place like this,” said Susan Guthrie, assistant city manager, “we have so many college students who have great ideas, yet so many students graduate and move off because we don’t have things like this. We really want to create that culture so people will choose to stay.”

One new idea which will be a large part of the project is Makerspaces. Jenny Wells, the senior public relations specialist for the city, explained the various purposes for this area.

“A Makerspace is a big laboratory space that you can use for different equipment. Our Makerspace is a pretty large warehouse space,” said Wells, “we’ll have a clean workshop area that will encompass our robotics and computer technology. We’ll have a film and multipurpose classroom area where you can do your filming and have a green screen and have some time to edit, and then in the back portion will be an industrial grade work space where you can use stuff for woodworking and metalworking, and we’ll have that equipment there.”

Along with industrial equipment, 3D printers are also proposed to be included with the tools available.

For the location of Innovation Pipeline, they decided on an abandoned building near downtown.

Built in the early 1900’s, the selected building will be completely renovated to suit the venue. Once finished, the building will be separated into three main portions. The front will be focused on programming and computer work and the back will be the Makerspace. The middle will be devoted to another relatively new concept called “co-working.”

“It’s really come out of the woodwork with the dawning of all of these freelancers and consultants — basically, the people you’d see working at a coffee shop,” said Ruthie Strout, a volunteer for the city, “this is like a permanent coffee shop for them, but with a more intentional community. They’ll have shared assets like connectivity, lights, power, a kitchen and coffee. So for a fee, they can come and make that their office. It’s a really casual environment.”

Heines plans for the project to greatly benefit the college community in Tyler, especially those looking to take control of their own future.

The grand opening is planned for either the summer or fall of 2016. For more information, follow Innovation Pipeline on Facebook or email them at innovationpipeline@gmail.com